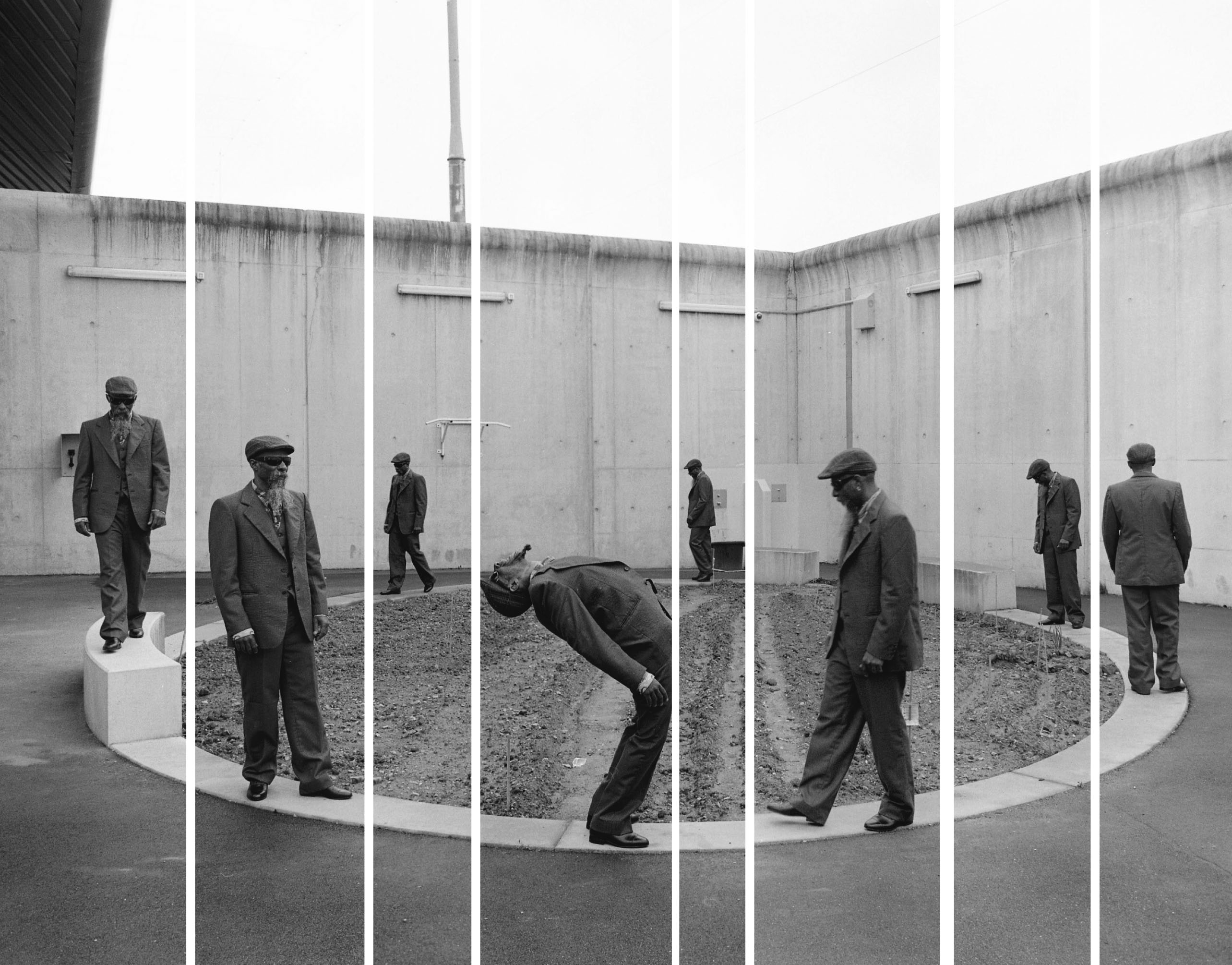 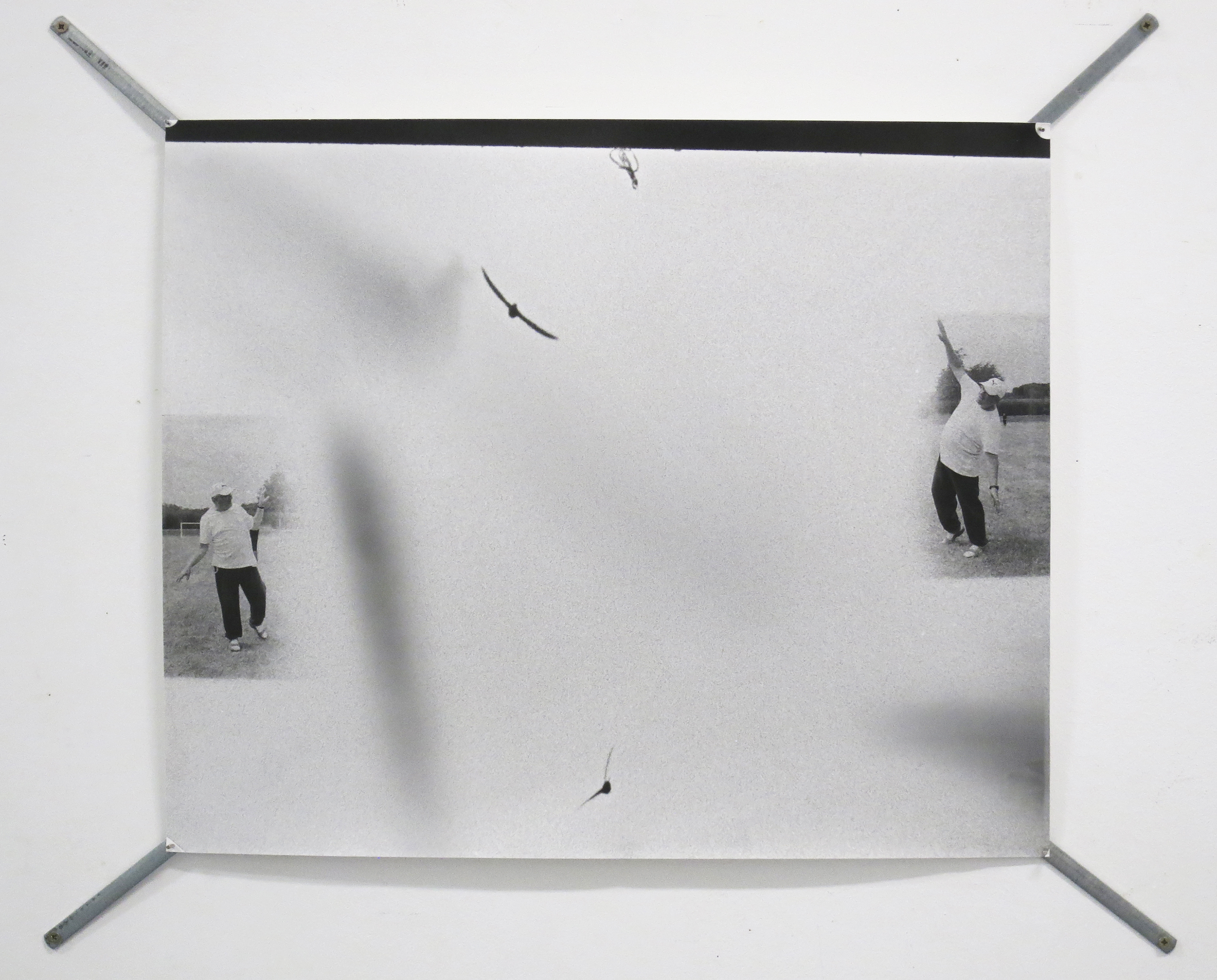 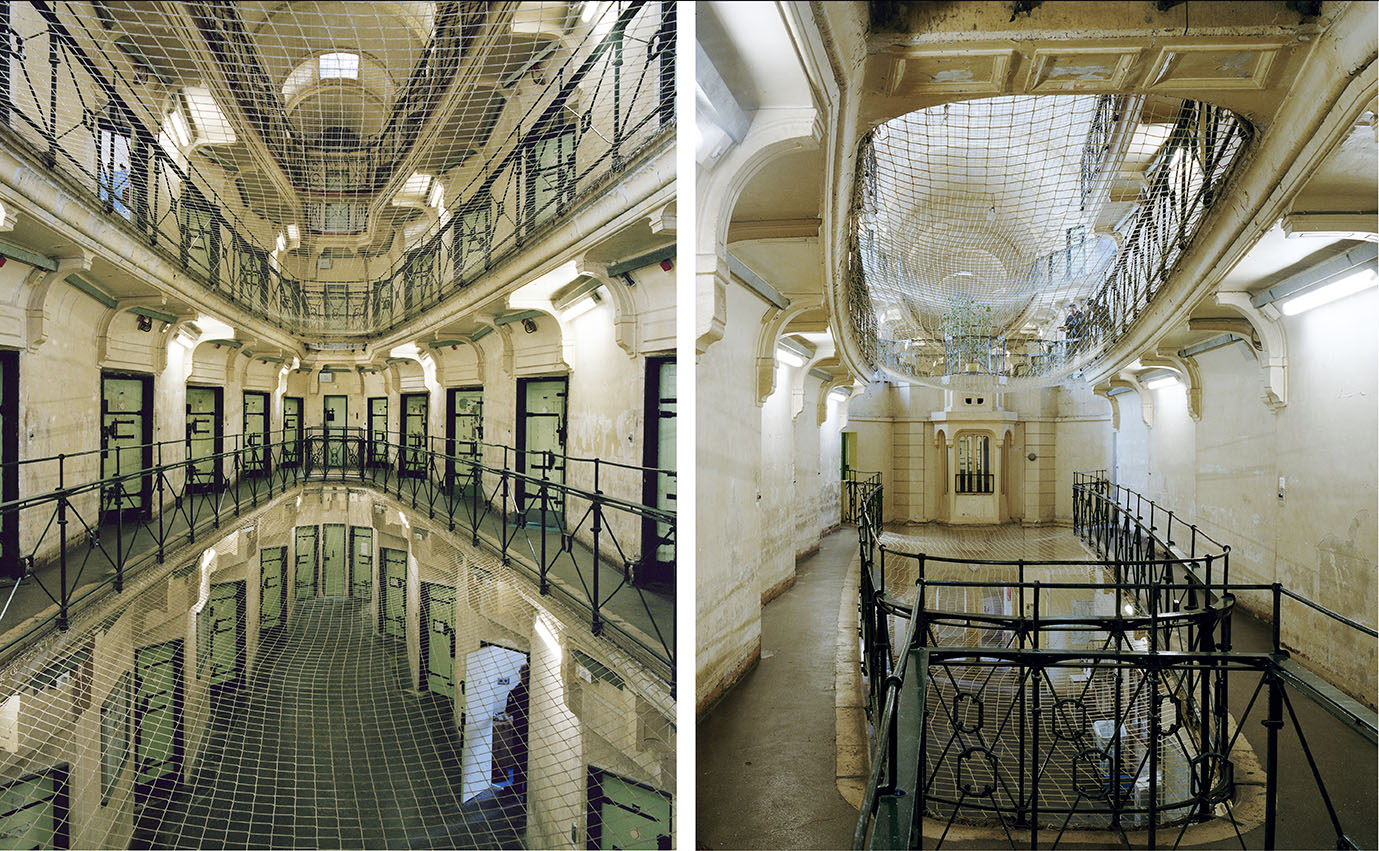 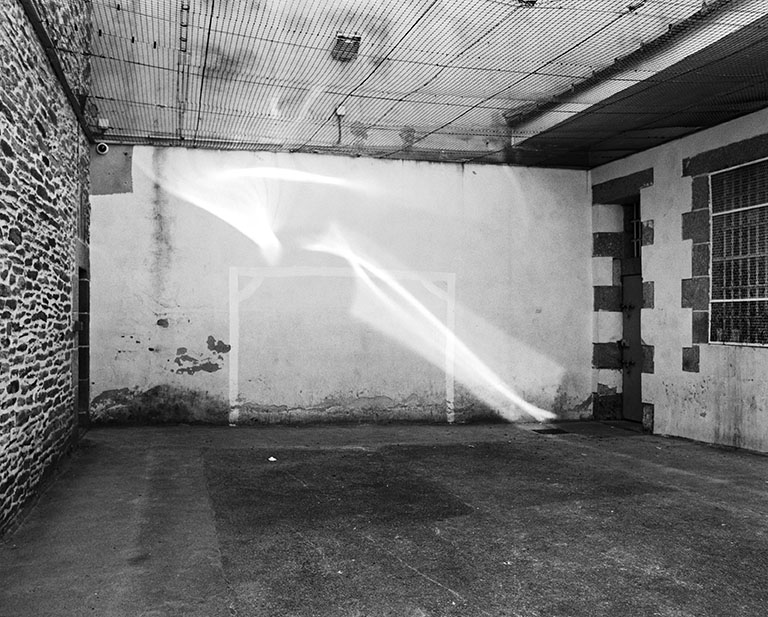 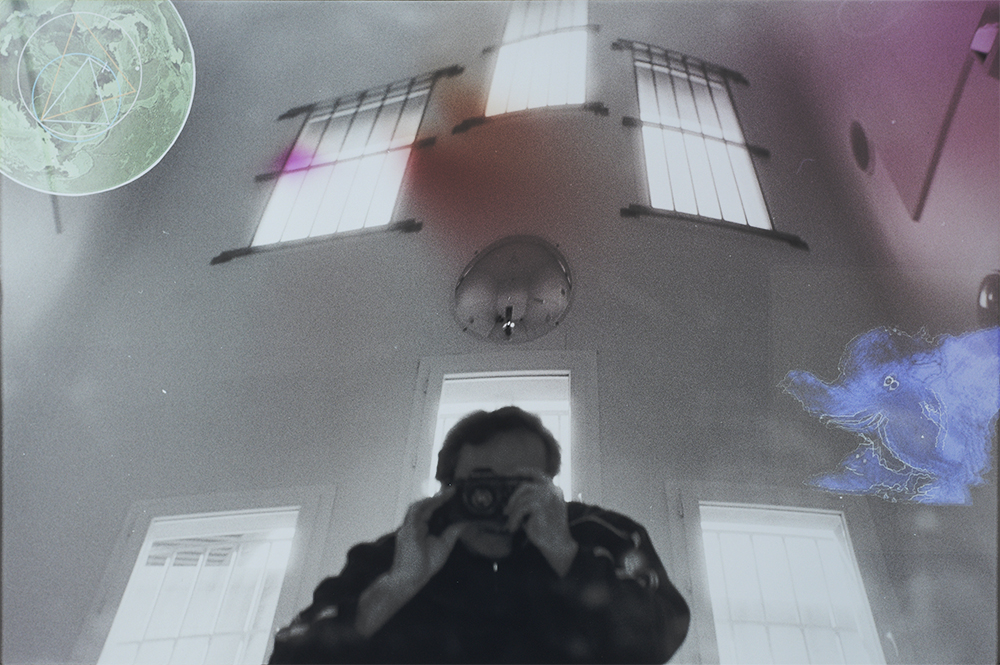 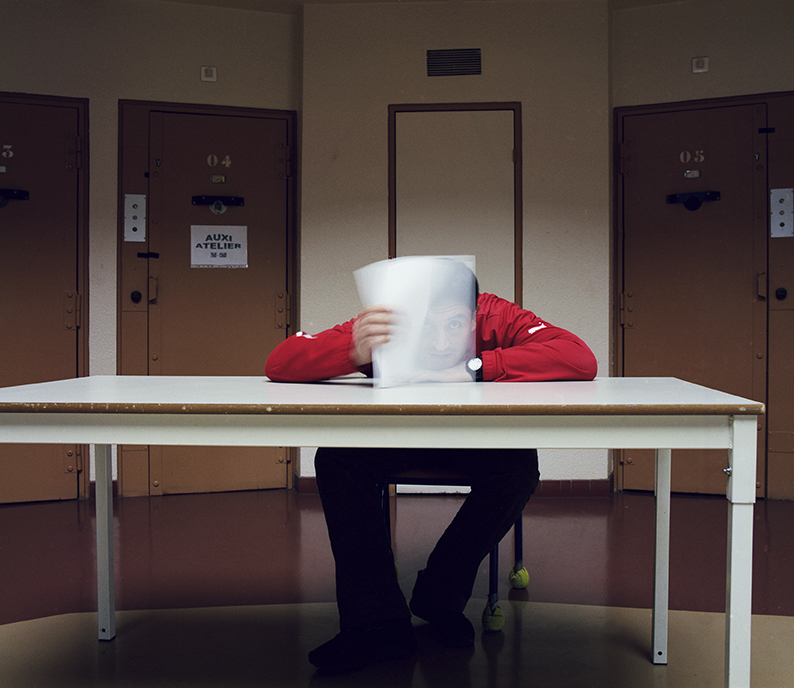 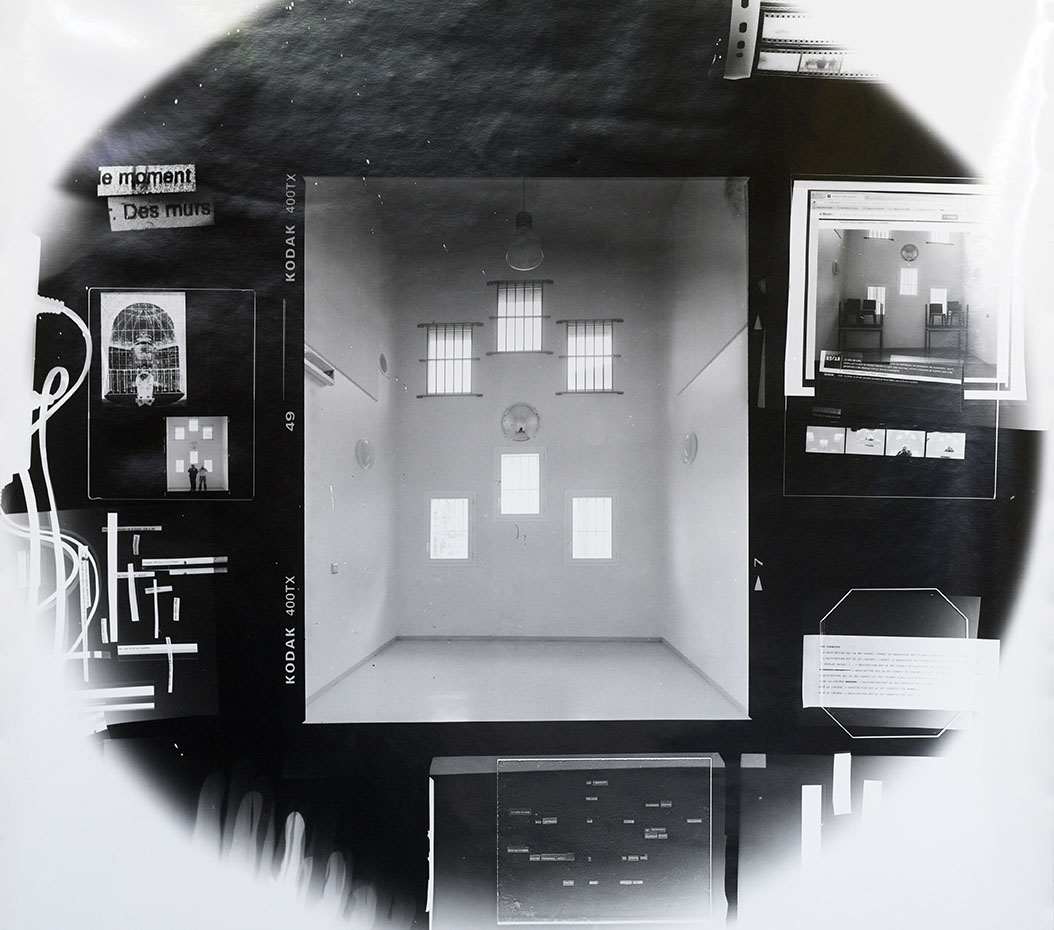 Because it is hidden from the outside eye as much as it imposes an omnipresent gaze on the inside, the prison is a subject that photography has taken up many times. Very often, it is first and foremost a question of “showing”, of revealing through the image the confinement, the condition of the prisoners, the prison oppression. Maxence Rifflet’s approach appears in light of this photographic history, experimental and singular.

Between 2016 and 2018, he photographed in seven French prisons. Photographing in prison, rather than the prison, is what summarizes his project. The formula is as simple and lapidary as the path taken, sinuous and steep. It is in collaboration with prisoners that he has made his way, sharing with them these questions: how to photograph in a space of surveillance without doubling it? How to frame without confining? With them, he used photography in turn to document spaces, to stage an experience, to represent an imaginary world, to illustrate a message.

The exhibition Le Ciel par-dessus le toit (The Sky over the Roof) chooses to dig into the furrow of the imagination, going so far as to enlist the company of the poet Paul Verlaine, from whom the title is borrowed, or the painter Gustave Courbet, who imagined an impossible view from his cell.

The exhibition is a co-production of the Centre photographique Rouen Normandie, GwinZegal (Guingamp), Le Bleu du Ciel (Lyon) and Le Point du Jour (Cherbourg-en-Cotentin). This Rouen section is held within the framework of the Engagement, a national event organized by the Réseau Diagonal in partnership with the Centre national des arts plastiques (Cnap) and the support of the Ministry of Culture and the Adagp. The works of JANE EVELYN ATWOOD from Rouen, which are part of the Cnap’s collections and come from her corpus Trop de peines, Femmes en prison (1990-1998) will also be presented in the exhibition. Maxence Rifflet’s project was supported by Le Point du Jour as part of the Culture-Justice program in Normandy. It received the support of the Fonds d’aide à la photographie documentaire of the Centre national des arts plastiques.

Friday, October 11th, from 6pm
in the presence of Maxence Rifflet

Saturday, October 19 and December 14, at 4pm with Maxence Rifflet

Thursday October 17, at 10:30 am with Maxence Rifflet.
As part of Écoute l’artiste, auditorium of the Musée des Beaux-Arts, Rouen