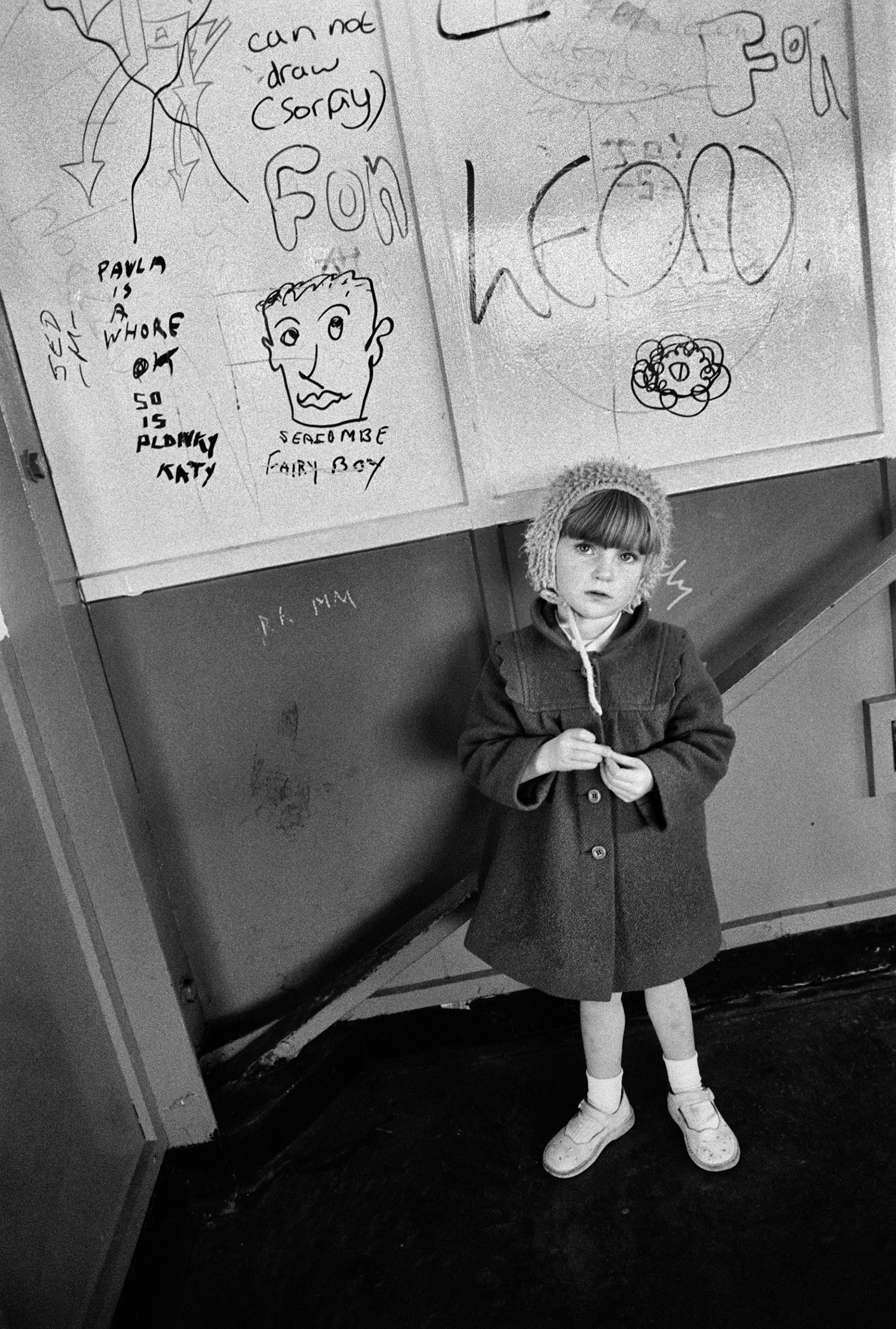 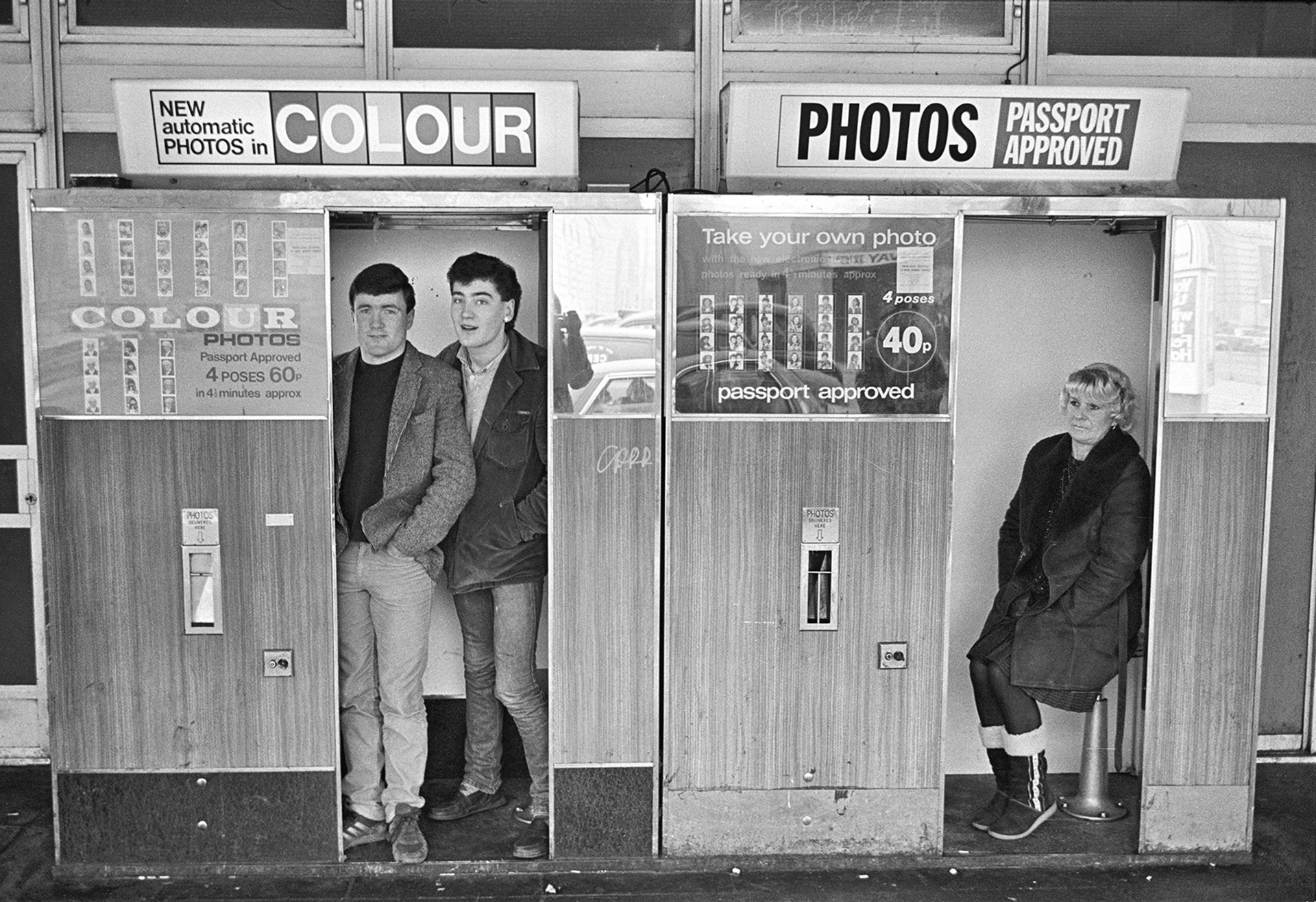 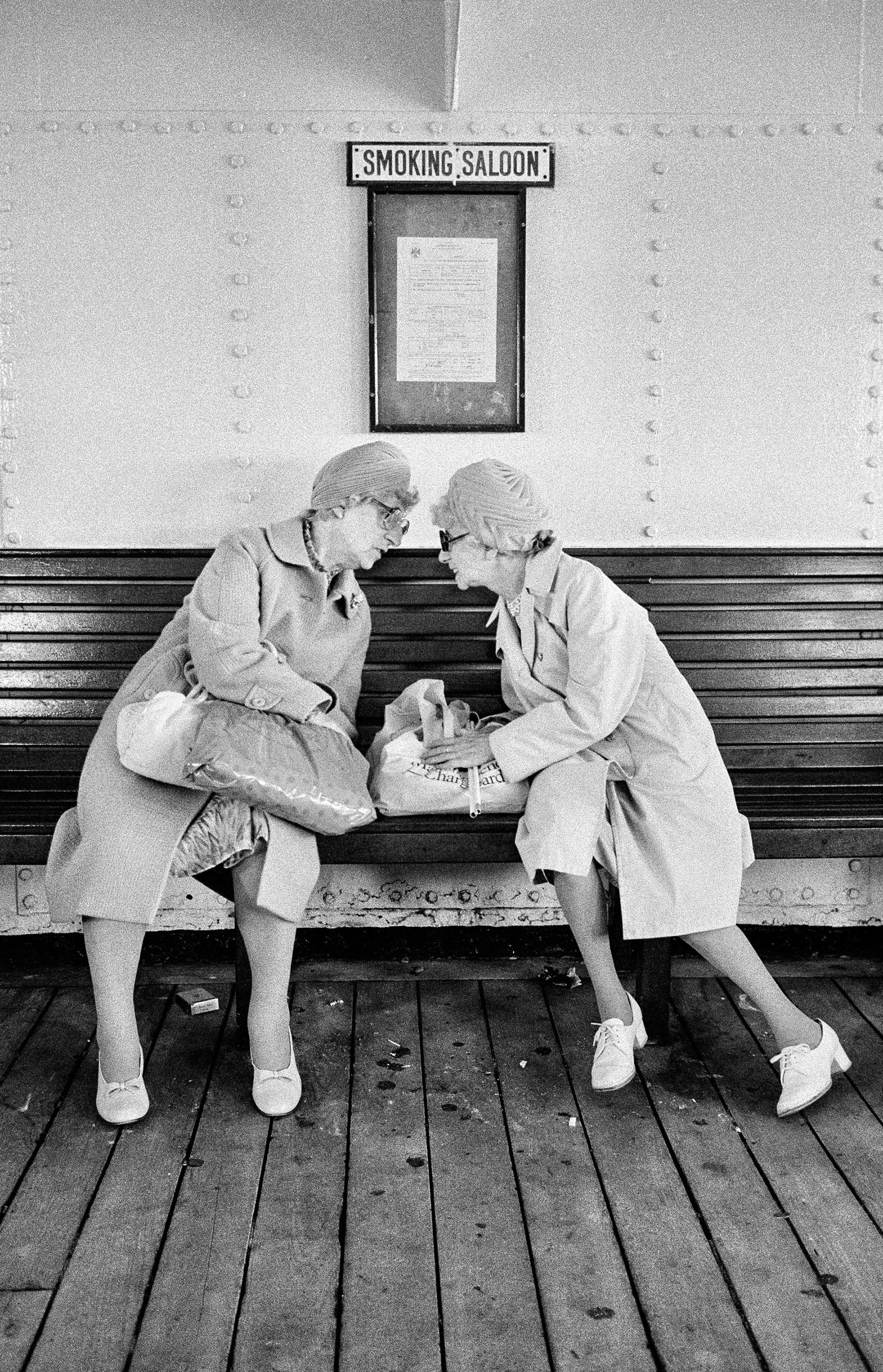 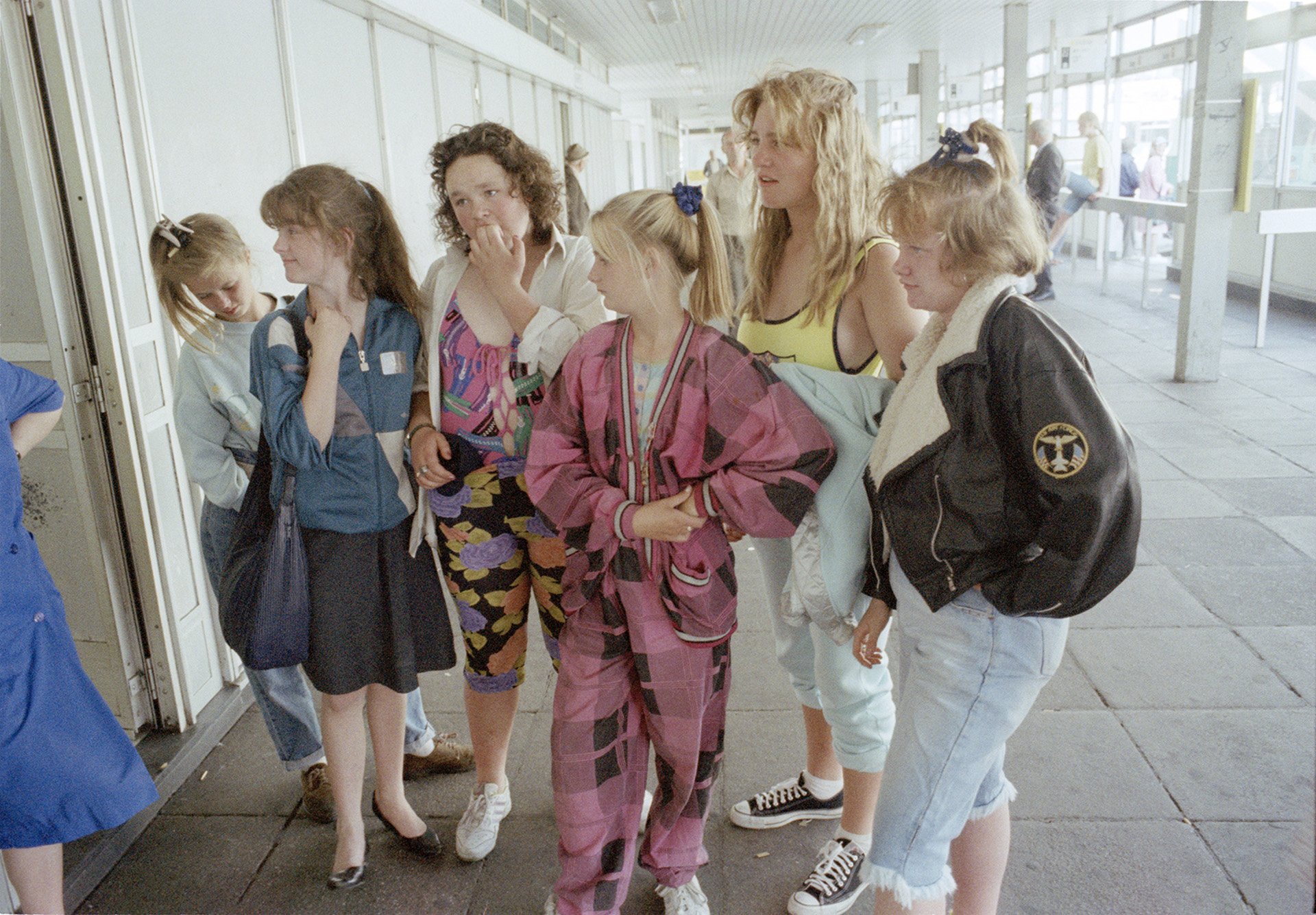 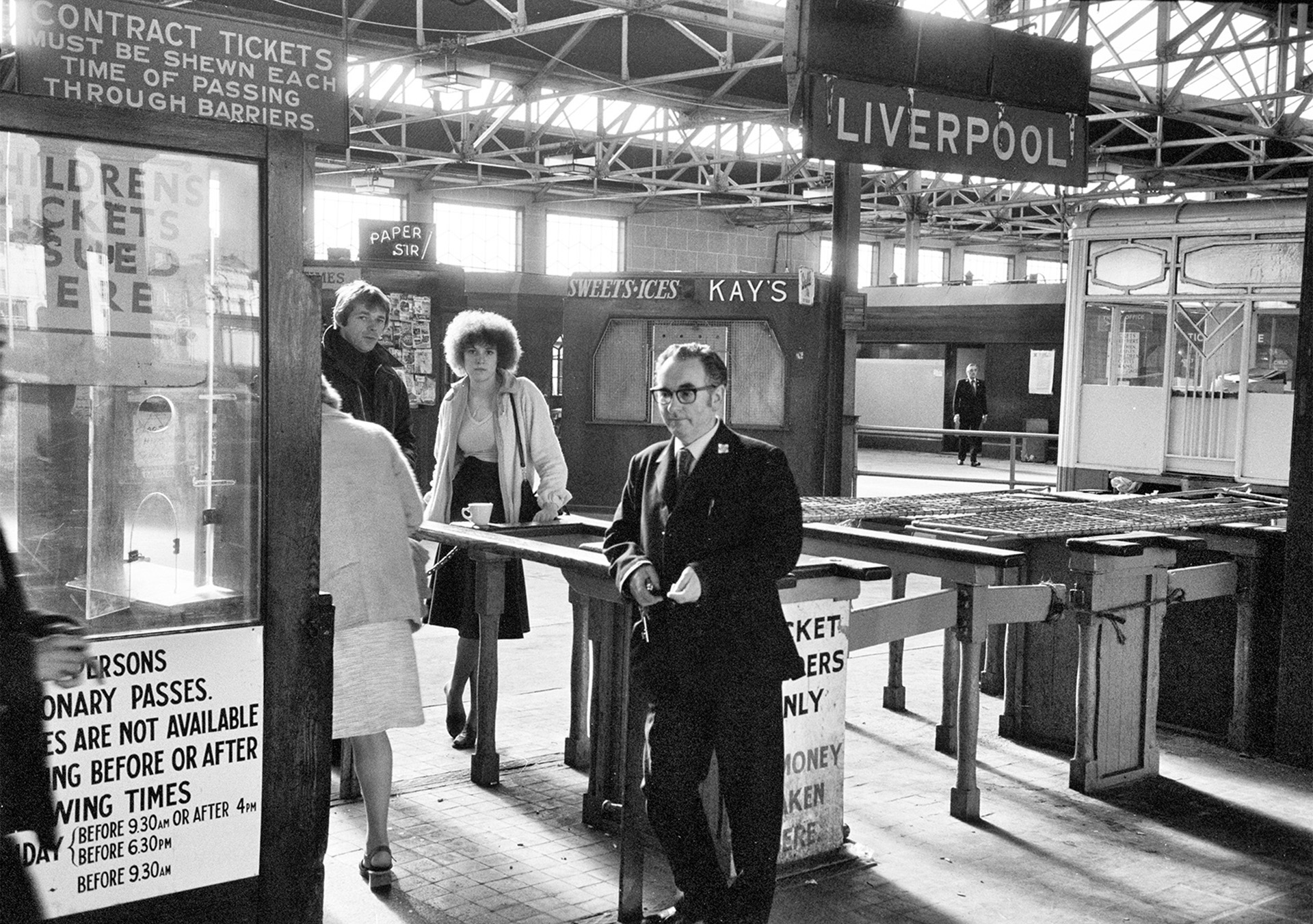 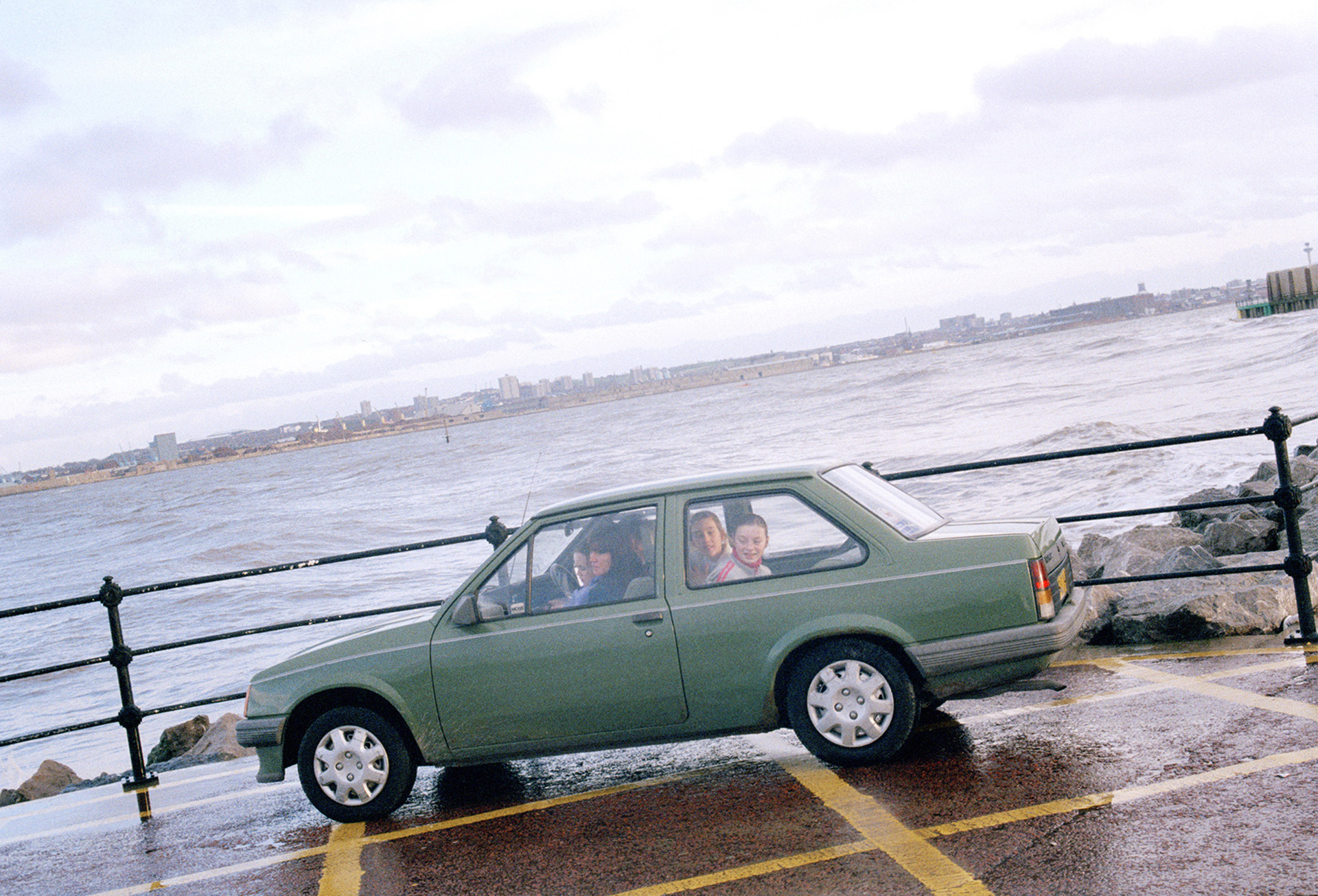 The Pierhead is the exhibition of a photographer who is used to crossings. First, there was the augural crossing he made in 1955, at the age of four, when his family left his native Ireland to settle in England; then there were the daily crossings between the two banks of the river Mersey, between his home and his place of work, in the city where he is based, Liverpool.

The images gathered here were taken at the Pierhead and its surroundings: some seventy previously unpublished images, drawn from an abundance of images taken between 1978 and 2002, gleaned from contact sheets. The unity of place and the effect of accumulation would argue for a work carried out in a serial mode, inducing, according to the contemporary definition of the “photographic series”, the use of a protocol, a premeditated construction. A quick look at the images: the register is quite different. They come from a flow of comings and goings of the photographer, of these passers-by, travelers, parents, lovers, workers. They are talkative, extroverted; one could even hear some of them calling to each other, from one end of the platform to the other. There is no frame that can contain the movement in which they are engaged. The images oscillate between the singular beauty of an author’s photograph and the blissful familiarity of a family photo, as the camera Tom Wood carries around his neck swings.

“Photie man”, the guy with the camera: this is the nickname that the neighborhood teenagers give to this tall figure flanked by a Rolleicord, strolling the streets of Liverpool. Before the camera, there were the brushes, at Leicester Polythechnic where he studied painting in the early 1970s. Photography is first a way to keep track of his paintings, then it accompanies him in his urban travels and Tom Wood takes the game of faces and situations. He did weddings for a while, then joined the team of photographers at Butlin’s summer camps: like Martin Parr at the same time, he wore the striped suit and hunted for “happy snaps”, images of holidaymakers bathed in the happiness of idleness. Now a professor of photographic technique at the Liverpool School of Art, he travels daily by ferry and bus. The “pierhead”, both ferry landing and bus terminal, is the obligatory point of passage, that of connections, appointments, and their corollary, waiting. From the square negative of the Rolleicord, he switched to 35 mm and its 24×36 format. He photographs, photographs again, to the point of taking ferries and buses for the sole purpose of photographing, meticulously and repeatedly making the journey to the terminus only to leave immediately in the opposite direction. At the same time, he explores other worlds within the city: the largest of its night clubs, its market, or the stadium district. Always brothers, sisters, friends, lovers, grandparents, reveal themselves in their relationships to their peers and their environments.

The corpus constituted here around the Pierhead tells us as much about Tom Wood as it does about his city. The pierhead seems to take the place of a melting pot, and the decades that now separate us from their moments of shooting accentuate this sensation even more. Mersey comes from the Anglo-Saxon Maéres-ēa, the border river. It marks the borders of the counties of Cheshire and Lancashire, and flows into the Irish Sea. The Mersey estuary, in which Liverpool is located, has several faces: residential and seaside areas, shipyards, city center, docks. The pier, with its walkers and workers, its young and old, its poor and not so poor, its machines and its mooring bollards, evokes them all. With the back and forth of the ferry, the memory of the city is carried. While Tom Wood was making these images, Liverpool was successively marked by race riots, factory closures, layoffs at the shipyards and the port, and its population, on all scales, subjected to social, economic and political violence. So this perpetual movement, of the photographer, of these subjects, constantly treading the streets, is a manifesto for life. Tom Wood travels with them and that is undoubtedly why he manages to unfold such a generous family album without having premeditated it. When the musicians respond to the events with songs, feeding this so prolix Merseybeat (from the Beatles, Gerry and the Pacemakers, Frankie Goes to Hollywood, the La’s, Pale Fountain to the recent Wombats), the photographer whistles to us pictures with tender melodies.

If Tom Wood clearly refuses the documentary label, it is because making a document is not his primary ambition. Time and patina will build for him this monument to Merseyside. The recently deceased writer John Berger wrote in 2004: «Tom Wood has penetrated, as an artist, the sincere, popular, often disjointed but profoundly human nature of the people who inhabit the city in which he chose to live. He has ‘protected’ a Merseyside, now eloquent, forever preserved.»

His work, exhibited internationally, places him alongside the great names of British photography such as Martin Parr and Chris Killip. Tom Wood now lives in Caerwys, Wales.

with Guidoline on Sunday May 21 at 2pm