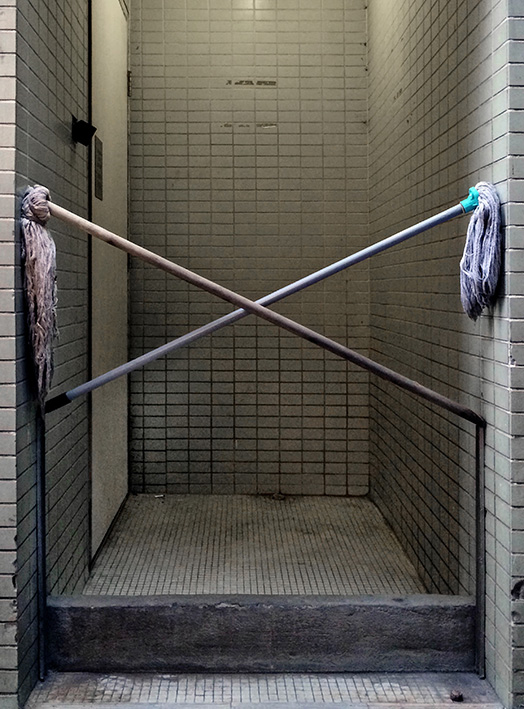 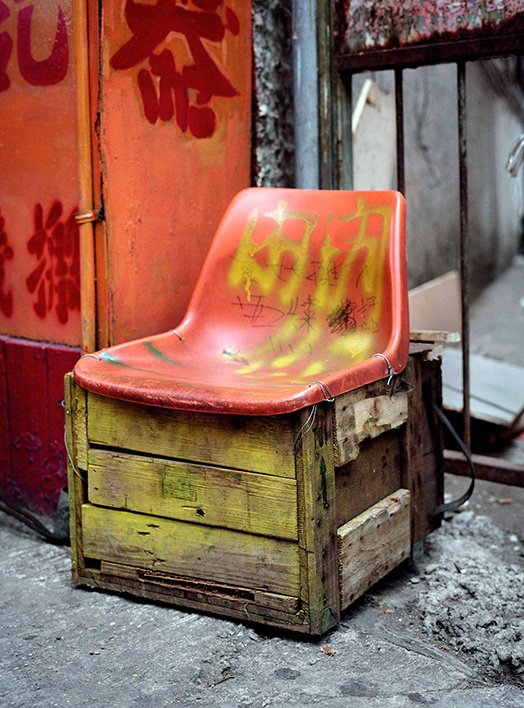 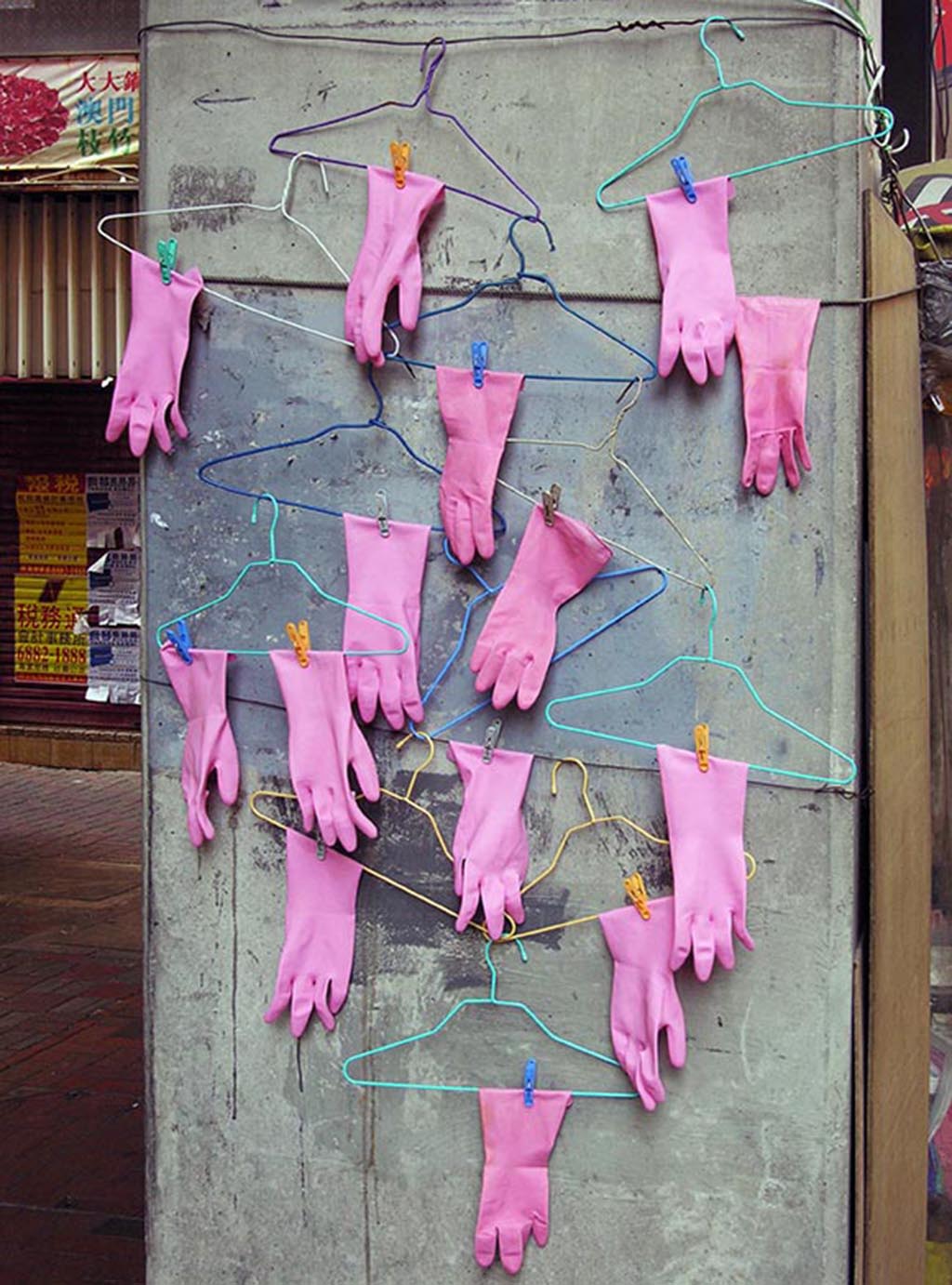 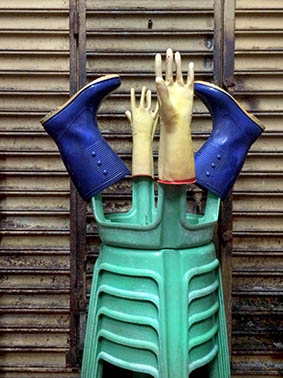 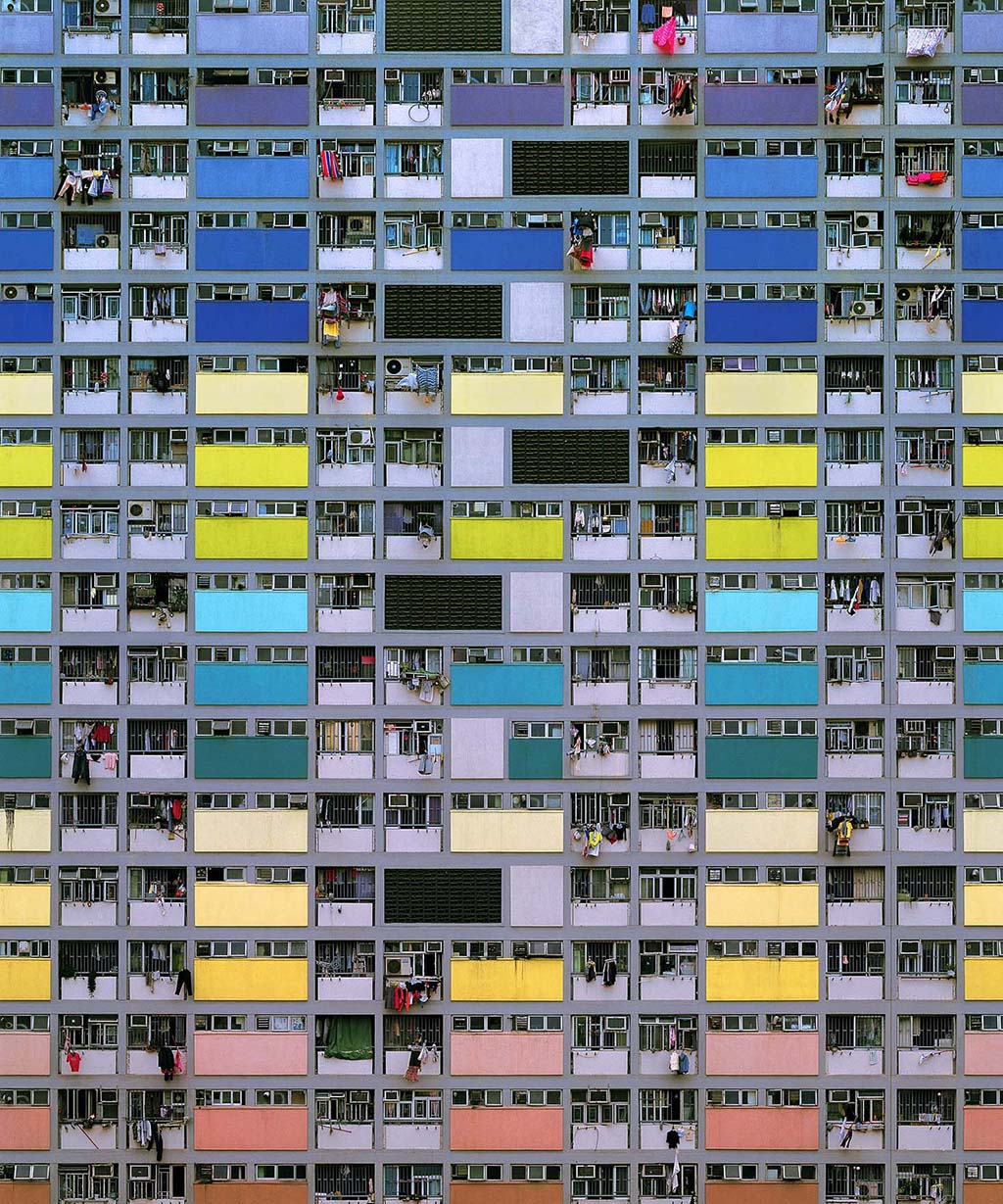 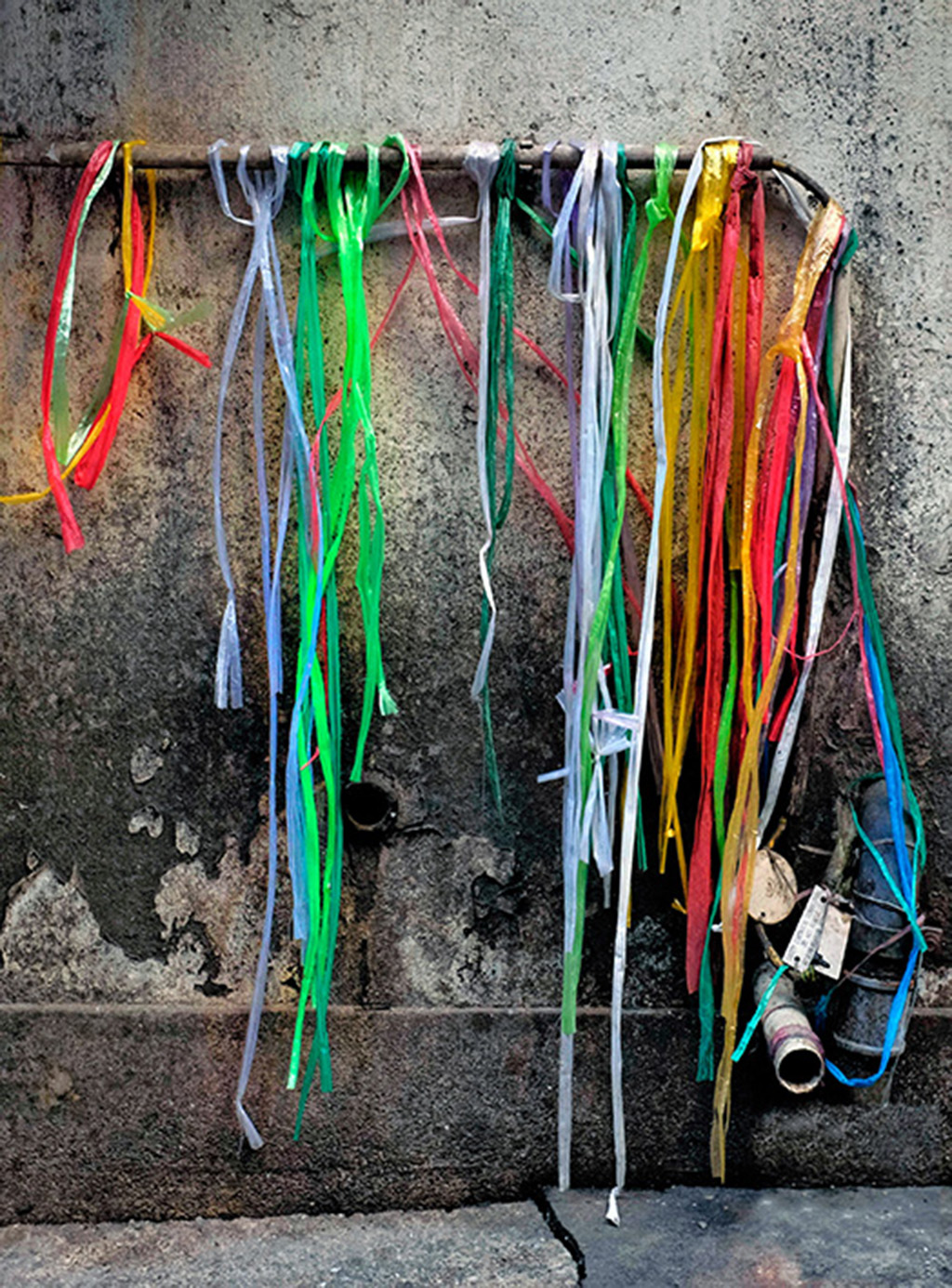 This is what the non-exhaustive inventory of the encyclopedic collection built up by the German photographer Michael Wolf in fifteen years of shooting and a few hundred back alleys surveyed might look like.

Over the last fifteen years, Michael Wolf (born in 1954) has developed an edifying work on the great megacities of our 21st century and their uses. From Tokyo and Hong Kong to Chicago and Paris, Michael Wolf photographs the city, its buildings and its inhabitants. Within this dense urban fabric, he looks for the indiscriminate presence of the man playing golf behind the blind of his glass tower in Chicago, of the couple caught by Google Street View in flagrante delicto of a kiss in the streets of Paris, or of the hands that shaped this hybrid assemblage of bamboos and umbrellas at the bend of an alley in Hong Kong. Architecture and urbanism are examined here as the skin of a living organism – the city.

With this first French institutional exhibition devoted to the German photographer, the Photographic Center highlights an essential part of his work: the exploration carried out since the early 2000s by Michael Wolf in the streets of Hong Kong, the city where he has made his home. Instead of the main arteries and their gleaming architecture, he prefers the small alleys and backyards, and their empirical constructions. In the tradition of Walker Evans, who worked with constancy and tenderness for the recognition of vernacular forms, Michael Wolf painstakingly draws up a subterranean cartography of the city, noting daily these small informal arrangements that an attentive eye discovers in the back alleys. Only a few meters wide, these alleys are the paths where Hong Kong citizens circulate on a daily basis, places where a visual language thrives whose vocabulary is dictated by functionalism and empiricism. Originally serving as a garbage disposal route, these alleys have become pedestrian routes, seeking to bypass the city’s congestion, and beyond that, the high point of Hong Kong’s cultural identity. Returning sometimes up to twenty times to the same place, the photographer points out these innocently sculptural forms, and draws the face of a city through its uses, because always behind these colored ready-mades one guesses the gesture of a worker, of an inhabitant, who with ingenuity manages to make his own a territory of concrete, steel and glass. Bringing together monumental facades and bits of string, this body of work spins the fabric of a city where ingenuity and poetry are intertwined.

And if the work draws up a typology, it would be, in reverse, that of the breaths provided in the heart of a body that is more flexible than it appears. And Michael Wolf patiently collects moments of humanity in this galloping urbanity.

Thursday March 10th, from 6pm
In the presence of Michael Wolf

Sunday, May 22, 2pm
Meeting point at the Photographic Center