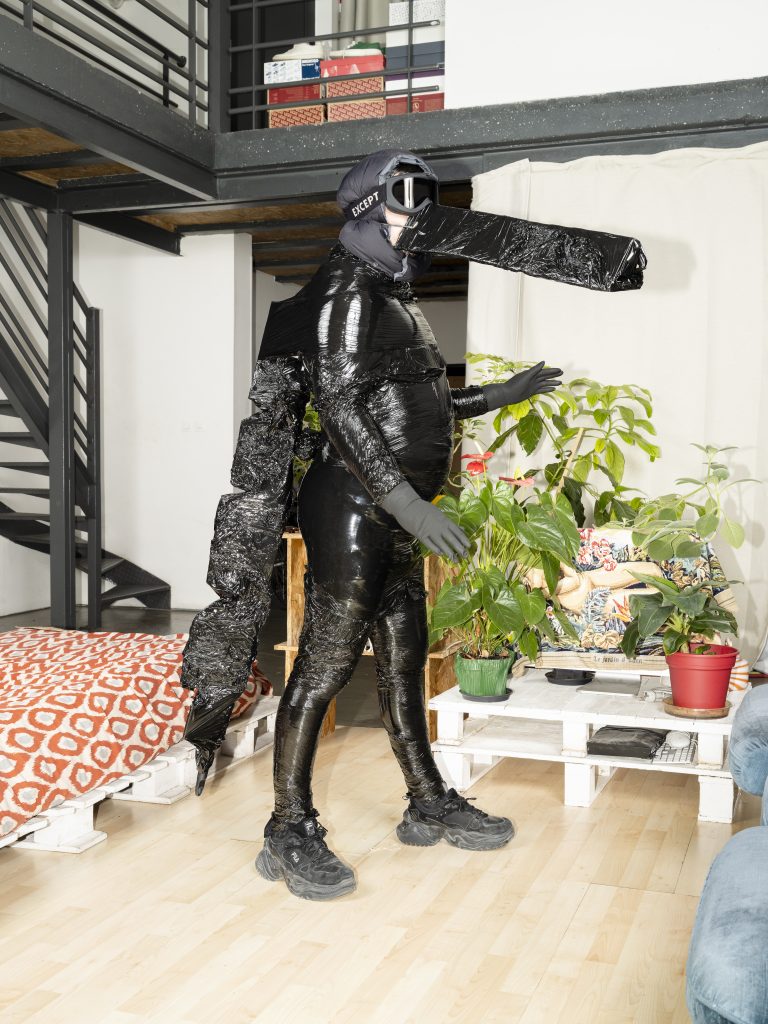 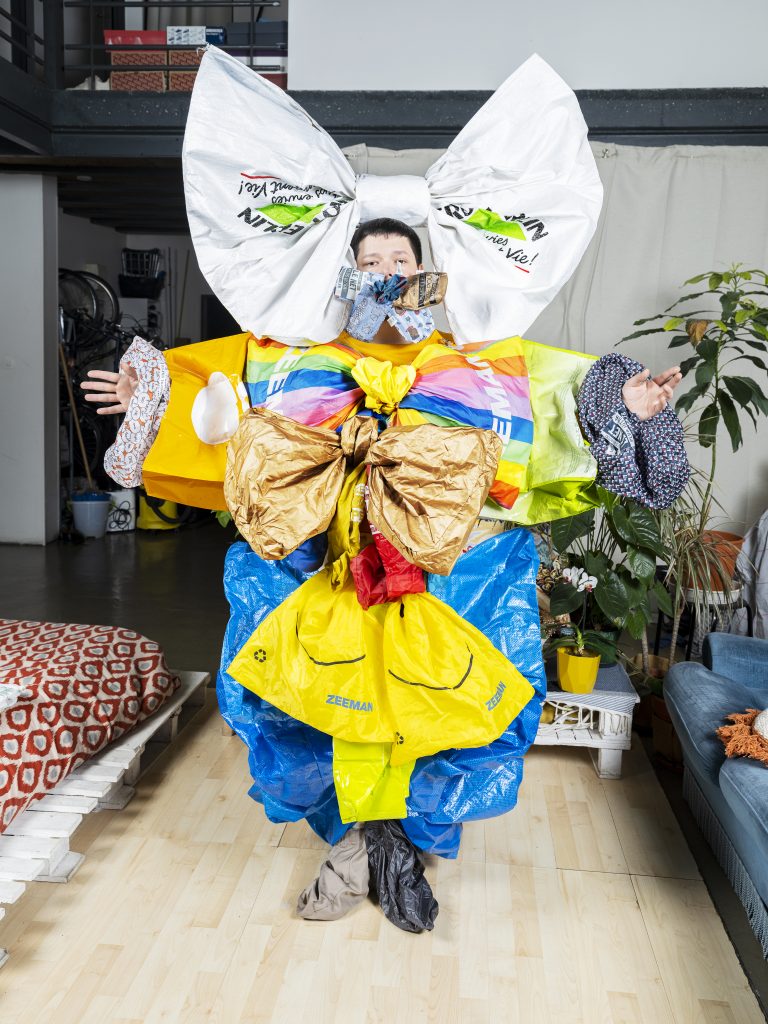 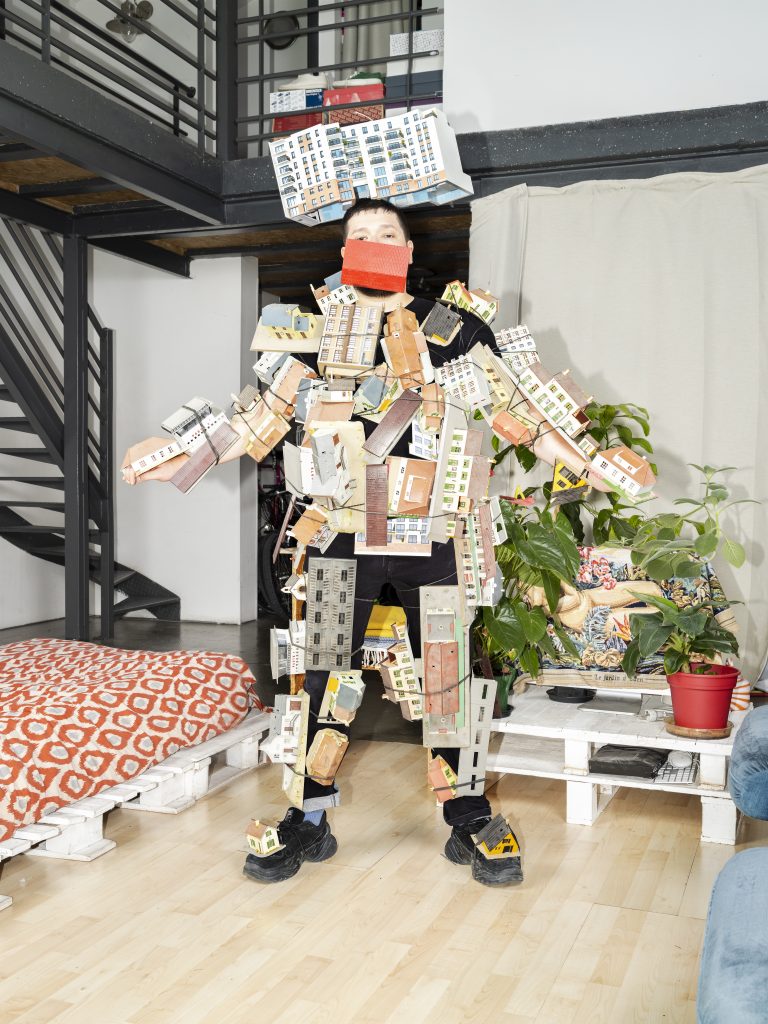 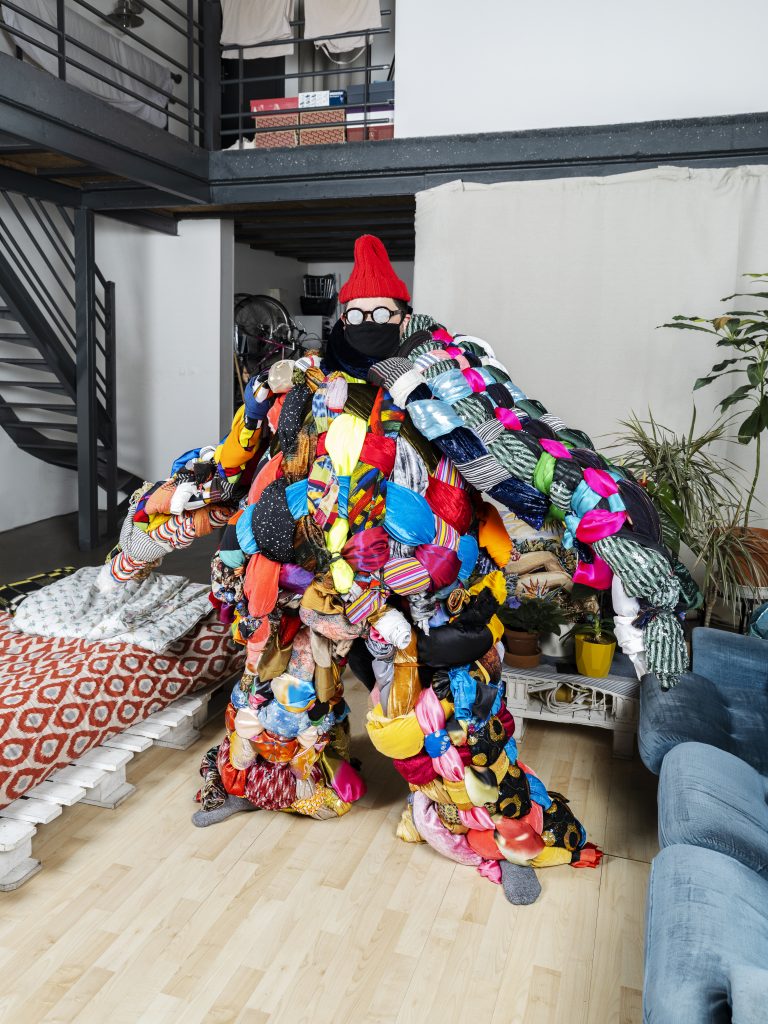 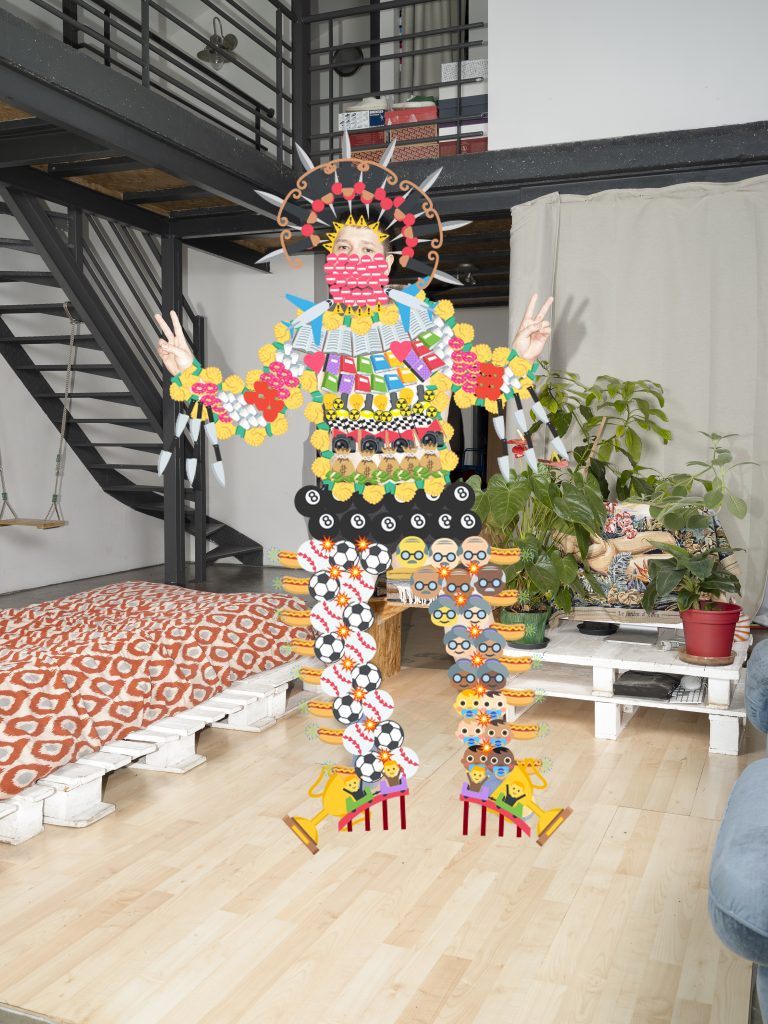 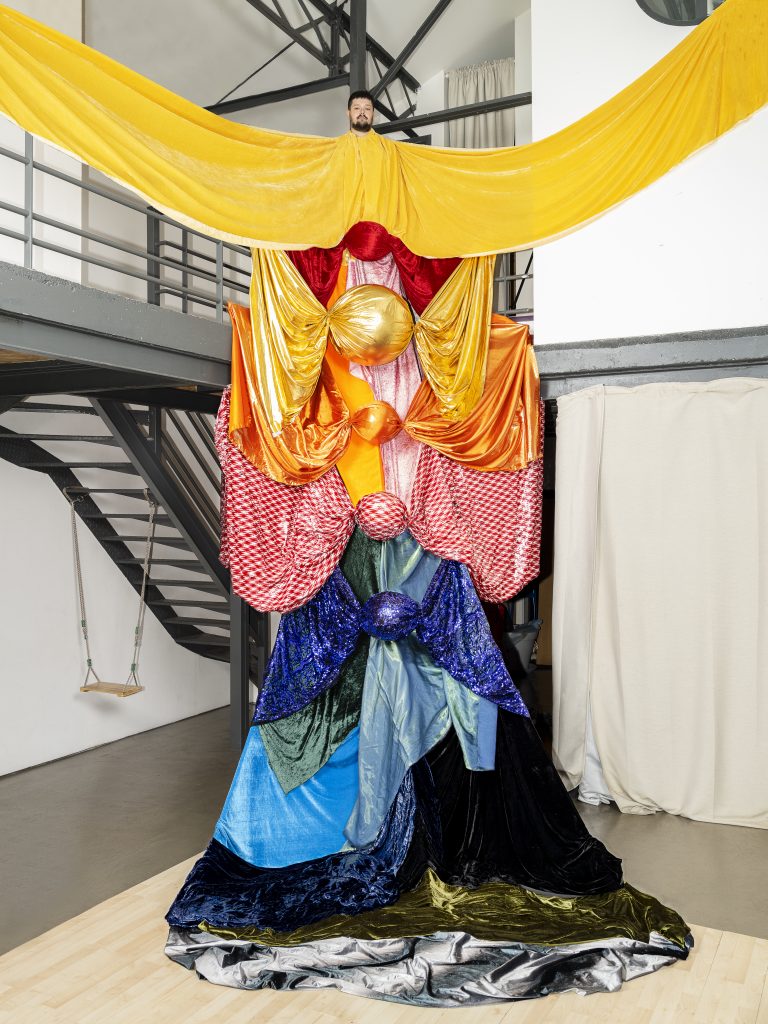 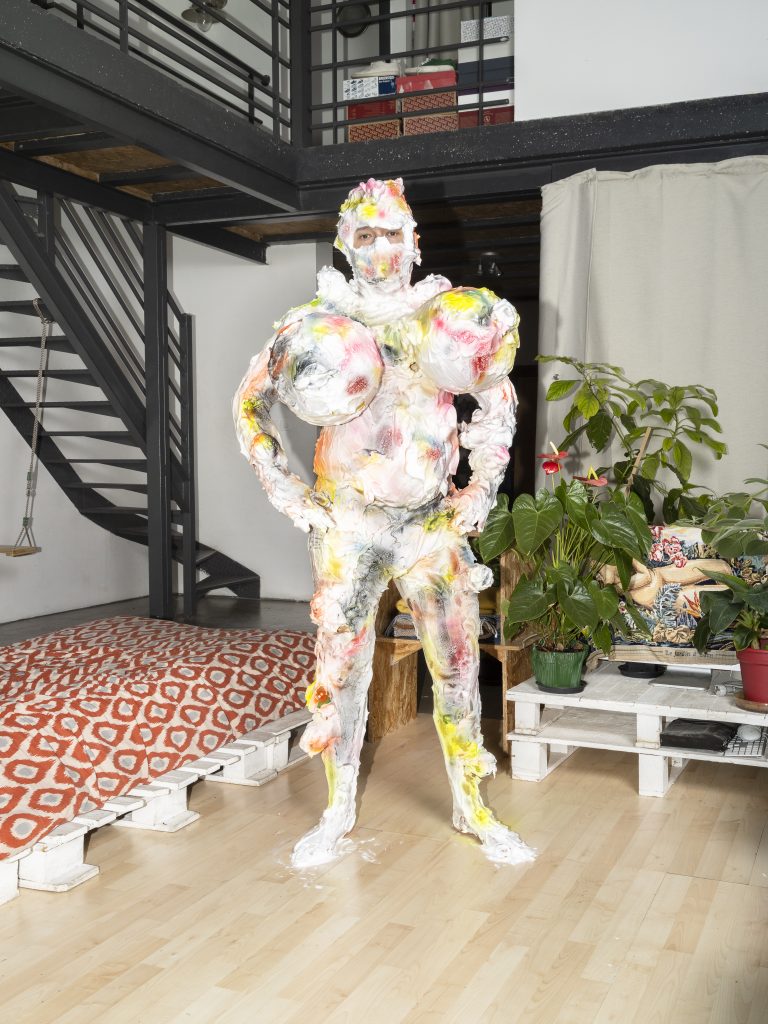 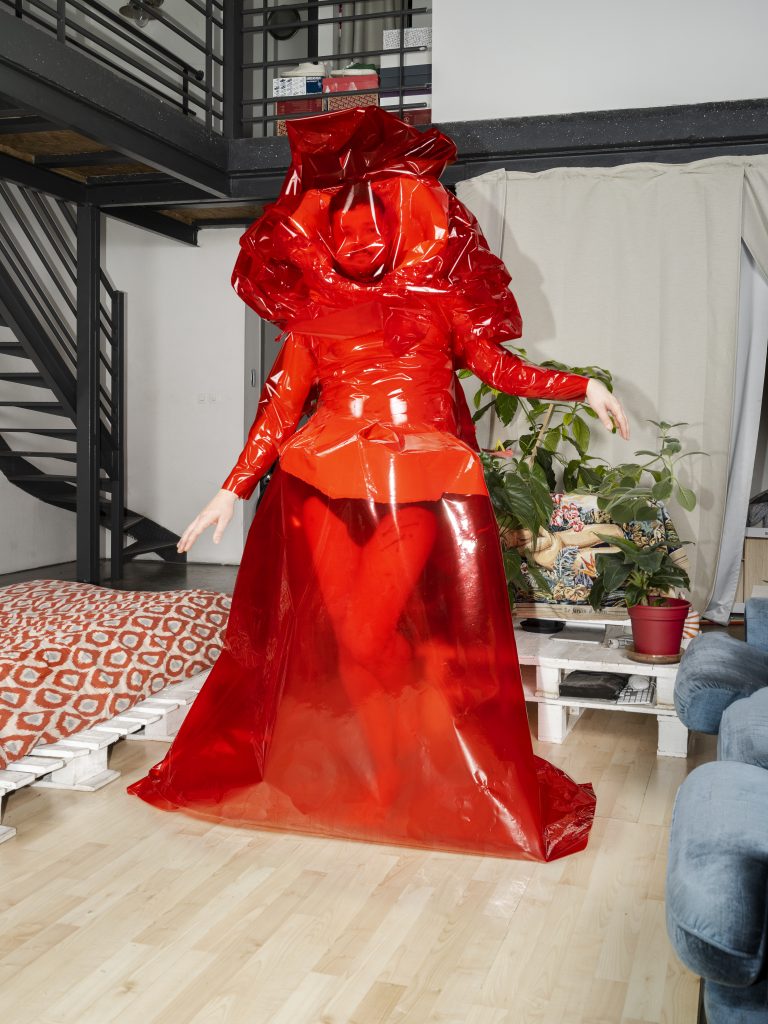 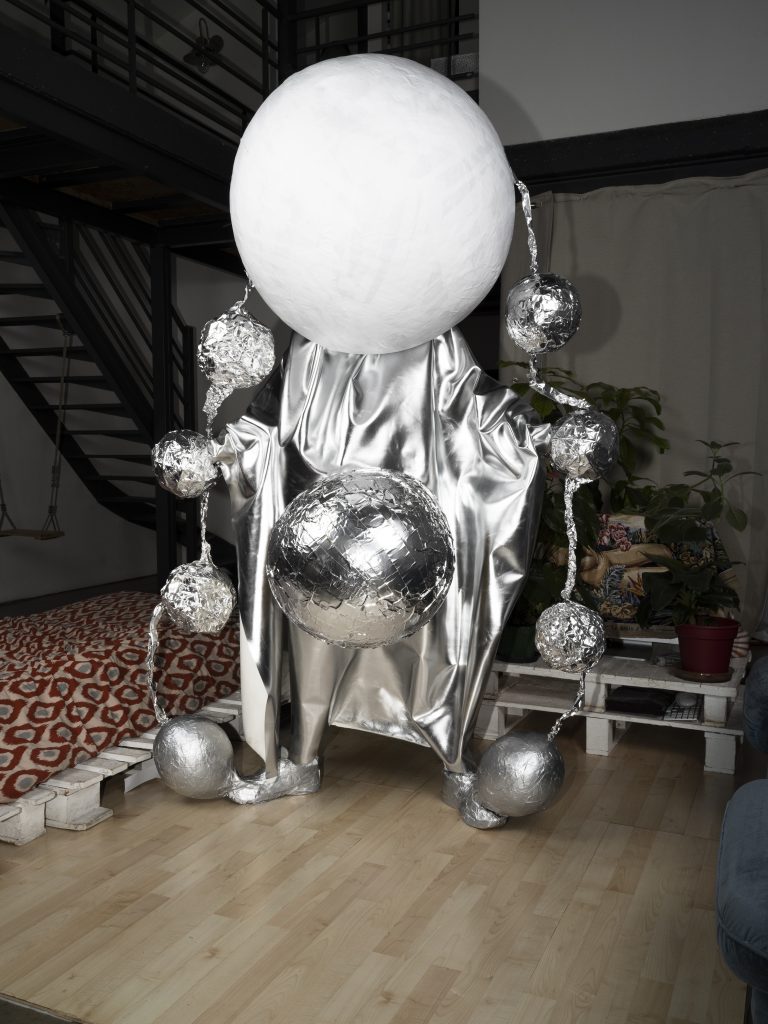 Stories to stop going in circles

Failing to open its doors to you, the Photographic Centre placards its street window with a little man with many faces, look at them facing you. No confinement, torment or other circular movement, the story we propose here is about… let’s summarize… the desire and the act of creation, day by day, without interruption.

So, this is the story of Hubert, photographer, graduate of the art school of Cergy. Hubert lives in Argenteuil, in the suburbs of Paris, in a flat that he shares with other roommates, young artists like himself. A useful clarification, we can even say it right away, essential: the apartment is the secondary character of the story, it is discreet but without it, there is no story.

Usually, Hubert works at home, shamelessly squatting in the common spaces of the duplex to set up his productions. Within his walls, he has fun mixing (because it’s always fun – and rather crazy too) the space of the house and that of photography. Over the past few years, the studio house or home studio has been dressed in all possible ways, presented in its simplest form or drowned in a deluge of fabrics.

Along the way, as the years have passed and the projects have come and gone, Hubert has accumulated enormous quantities of various accessories; incongruous collections of objects that have momentarily caught his attention, front or back row protagonists in his personal or commissioned photographs.

Between March and May of this year, Hubert undertook to make one costume a day. Each of the 55 mornings of these two strangely flat months in the spring of 2020, Hubert opened a box, a carton, a drawer, and at the same time went back into the history of his past productions. Rather than extracting a sample from this or that collection (cards, socks, sieves, mirrors, coloured pencils, plastic bags, ask…), he chooses everything, absolutely EVERYTHING, even if it means being swallowed. The silhouettes become baroque outgrowths of his past artistic projects. Every day, he sends us a postcard, since on his Instagram account.

The costumes, like the props before them in the boxes, pile up on the page, in the phone.

As he imagines these multiple second skins made of scattered pieces of his photographic “language”, Hubert surely articulates in a joking tone, which we would be wrong not to take seriously, something like “let’s not stop friends.”

We thought it was a good idea to say it to each other these days. So we called Hubert, who came, with perforated prints and colourful strings, to patiently link all these creatures of a day.