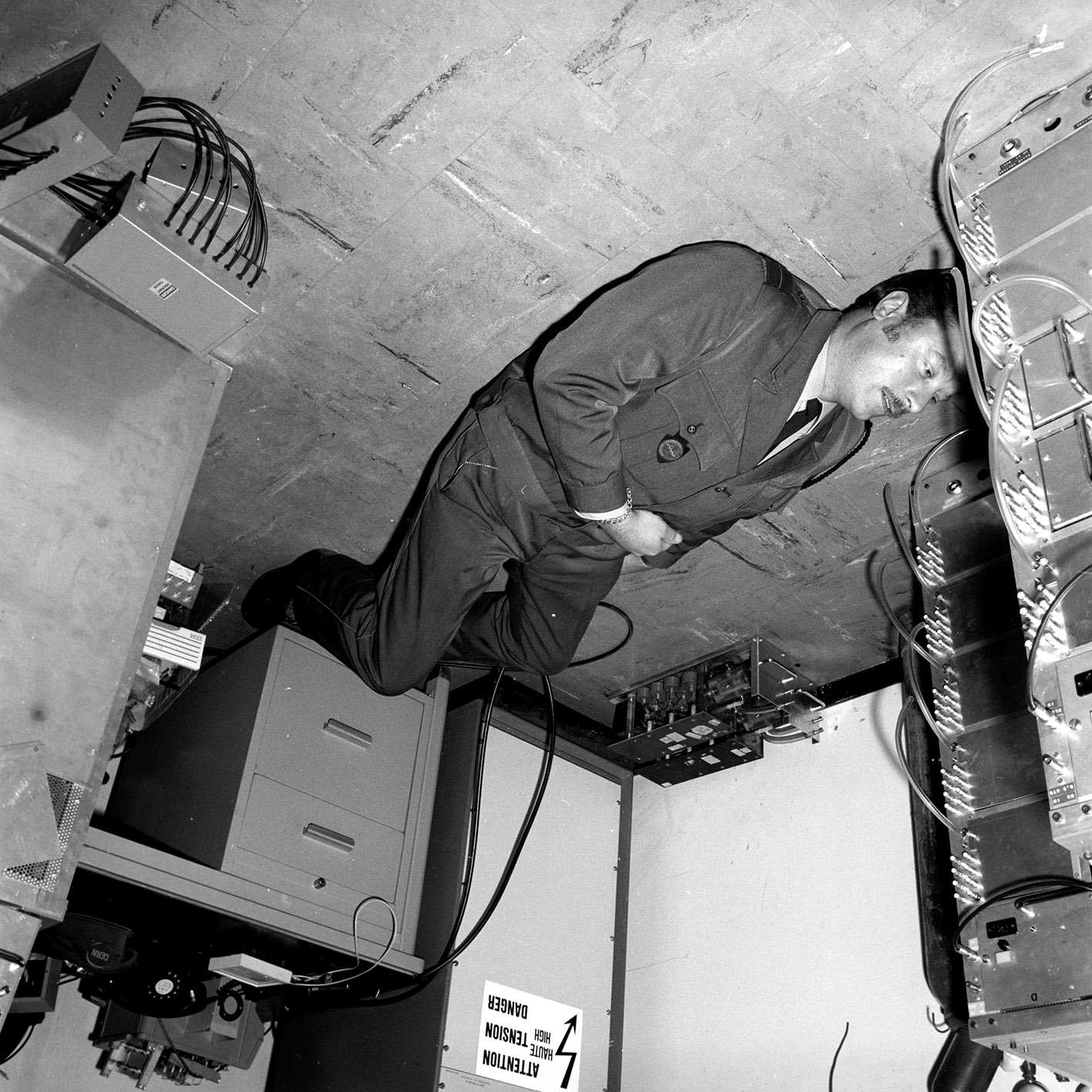 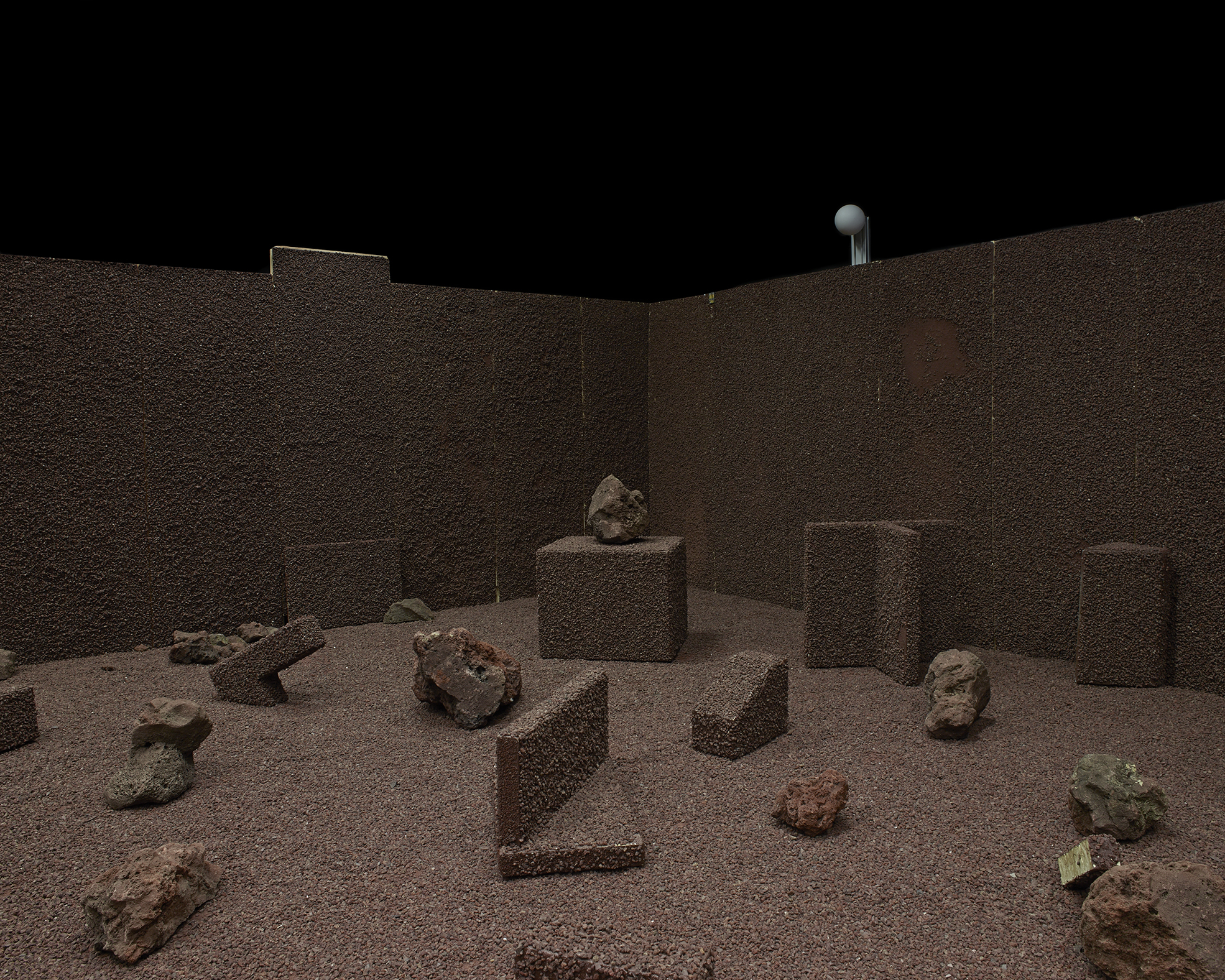 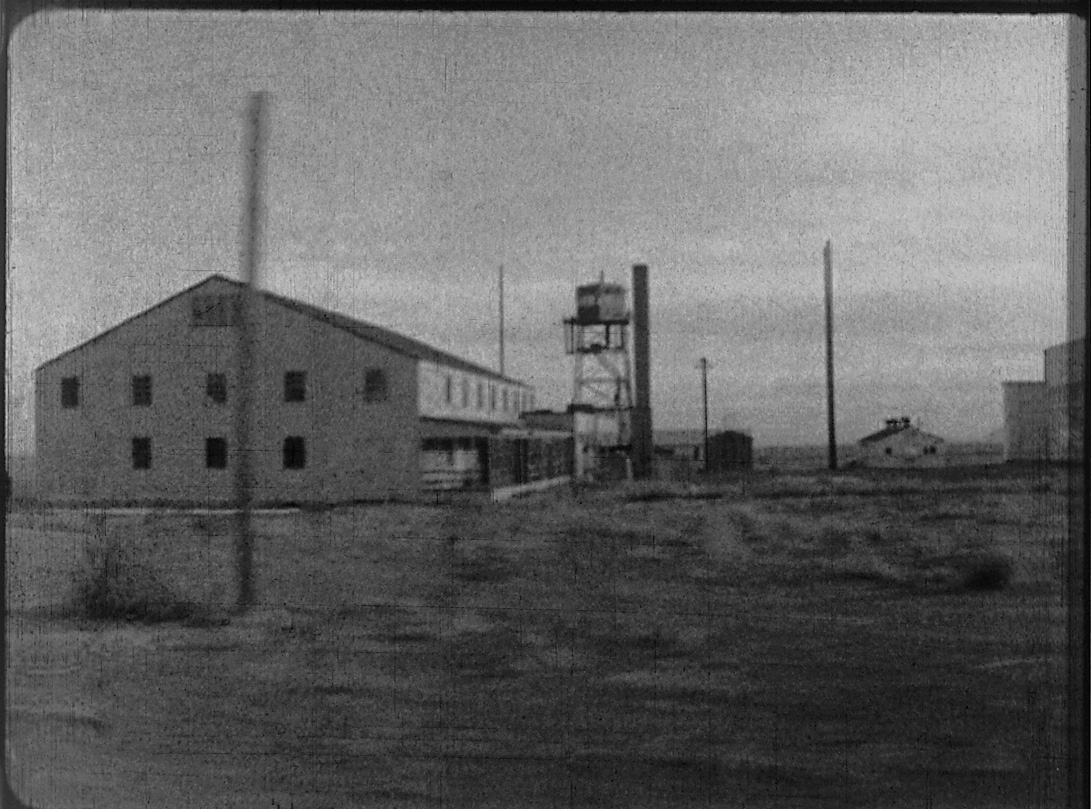 Robert Frank, Energy and How to Get it, 1981. 28'16". Courtesy Robert Frank and The Museum of Fine Arts, Houston
Lorenzo Vitturi, Red Cotisso, Green Pigment, Wood in Arìn, Caminantes, 2019 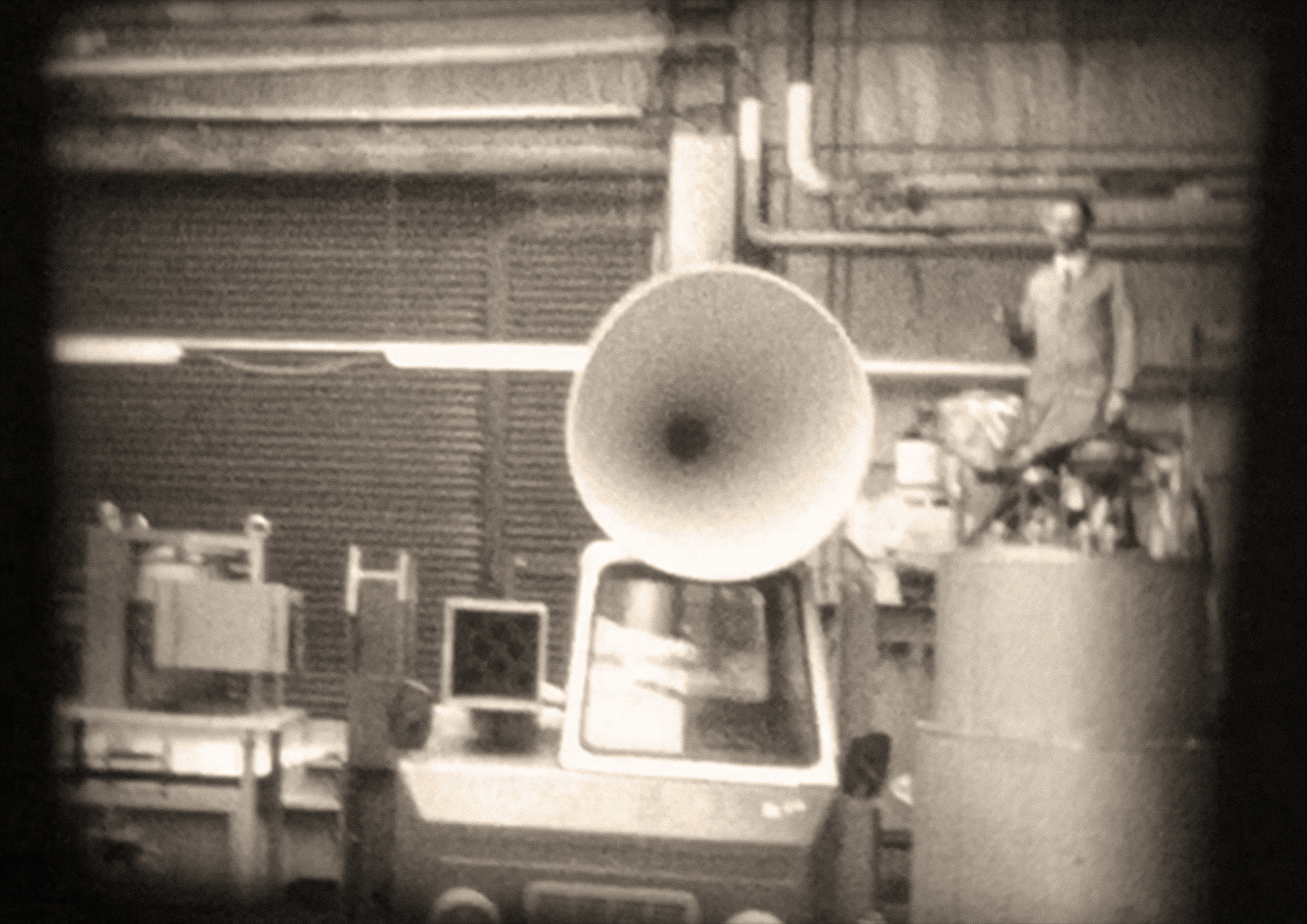 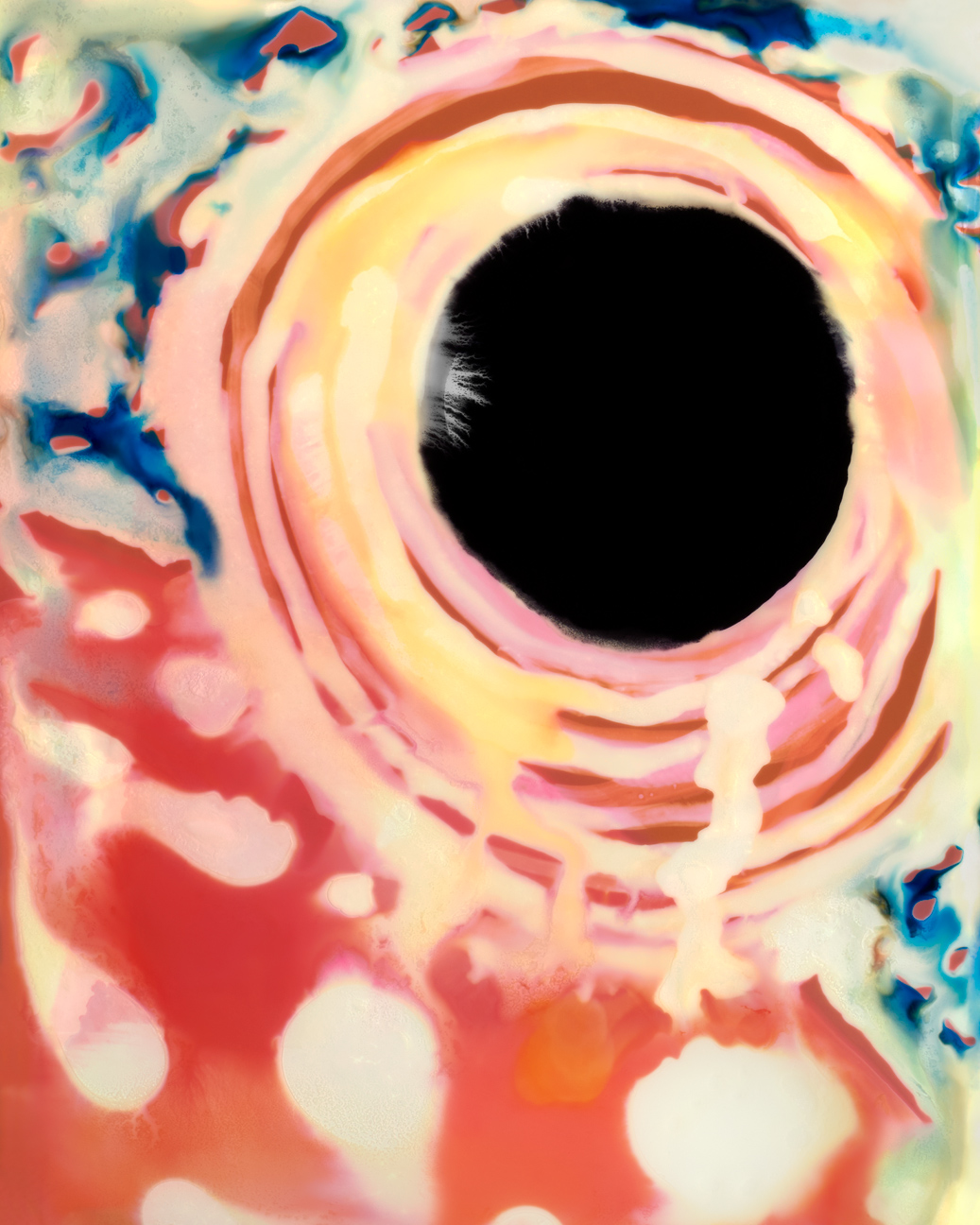 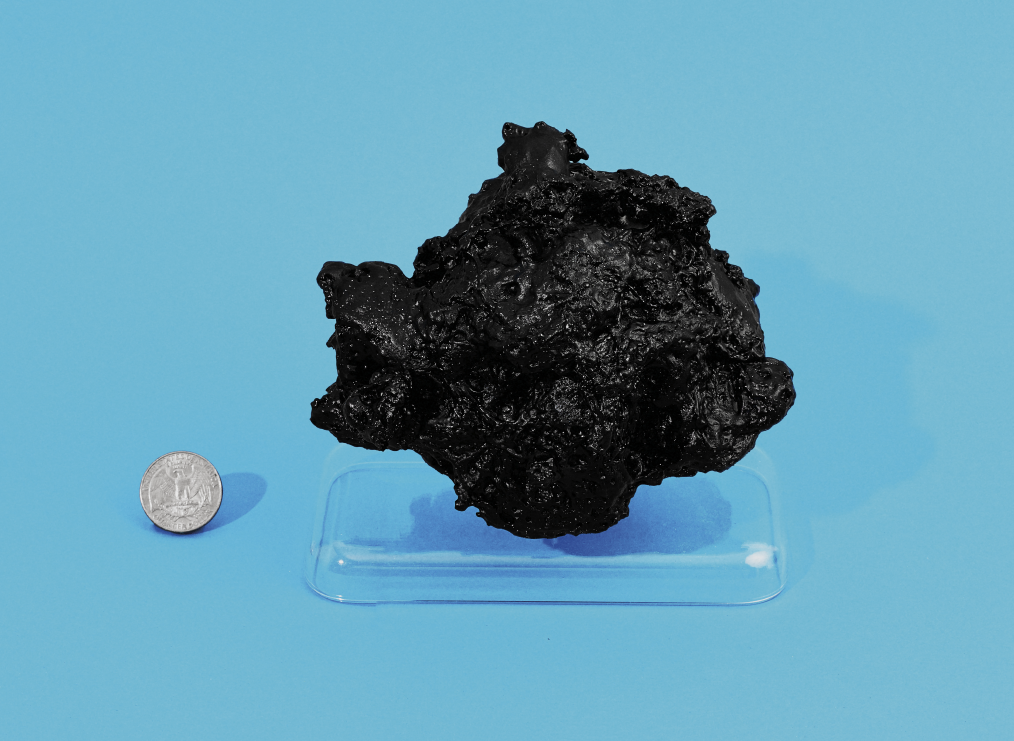 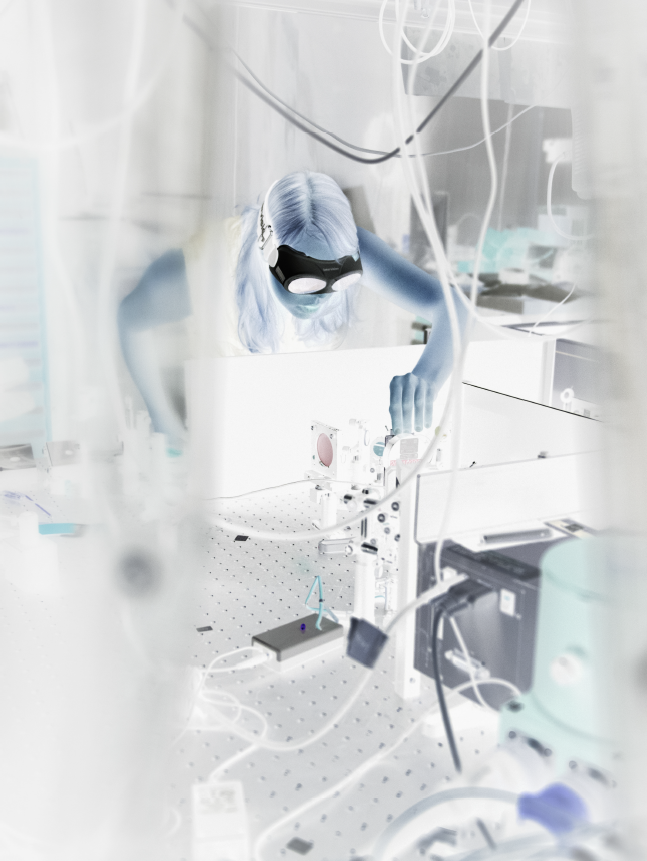 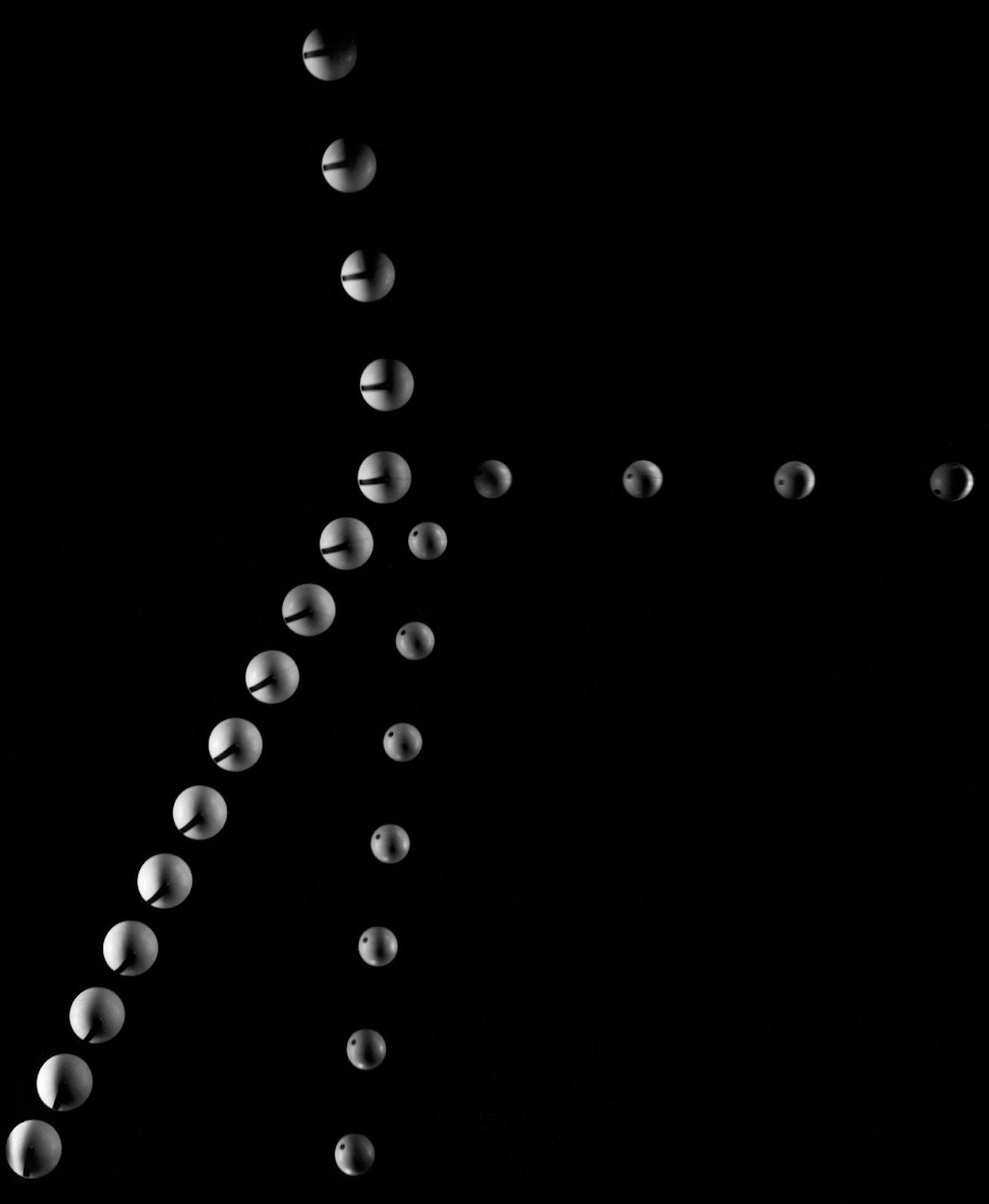 Evoking the Copernican revolution, the astronomer Camille Flammarion wrote in 1891 in his novel Uranie: “it took long centuries of study and a boldness of spirit to arrive (…) at the recognition that the world in which we are is isolated in space, without support of any kind, in rapid motion on itself and around the sun”. The man not being any more the reason of being of the universe, what to make of these sidereal immensities which envelop it? How to think them? How to represent them? And which point of anchorage the man, solitary creature, can find from now on?

Our time is that of technological developments, of those which increase the potential of new discoveries. It is also, paradoxically, that of the resurgence of obscurantism. Some minds are working to demonstrate the existence of the Higgs boson while others are struggling to propagate alternative facts. To laziness and fear, the scientist, like the artist, opposes an objective: to understand and experience the realities of the world and try to represent them.
The exhibition SCIENCE fictions explores the phenomenon of attraction exerted by science on contemporary photographic creation.

Quickly considered according to the formula of the astronomer Jules Janssen as the “retina of the scientist”, photography, itself the fruit of science, became the tool of choice for the scientific method, supplanting definitively at the end of the 19th century the illustration. From the 1920s onwards, viewed through the surrealist prism, scientific photography, until then considered impartial and irreproachable, revealed its poetic aura. If the attraction of the arts -and among them photography- for science is not new, it has experienced a new boom in recent years. The exhibition includes some of the most recent works on the subject, from the documentary approach and its poetic potential to the frank fictional exploration.

Thus, the work of Marina Gadonneix – placed here in historical perspective with the works of Berenice Abbott, an American photographer who was a pioneer in the photographic staging of scientific experimentation – documents without revealing at first glance the nature of her subject. A documentary bias shared by Jos Jansen, who combines photographs taken in the laboratory and collections of scientific imagery to shape his tribute to scientific research. Mustapha Azeroual develops theoretical and formal echoes between the aura of light of the solar star and that used by the photographer. Patrick Tosani, remembering a space iconography with which he grew up, in particular that of the first steps on the Moon, experiences in his studio a universe of plaster and dust whose dimensions are explored by photography. Brea Souders, also immersing himself in an autobiographical material, fed by the stories of his scientist father, experiments with the red light of the laboratory and proposes his interpretation of scientific concepts such as the wormhole. Nicolas Polli, mimicking the aesthetics of the archives, gives life through a skilful reconstruction of his own space mission. Finally, Robert Frank, David Fathi and Jan Köchermann invest the figure of the scientist and his aura, each focusing on a personality who existed: Robert Golka for Frank, Wolfgang Pauli for Fathi and Hubertus Frassek for Köchermann, whose gentle esotericism and mad tenacity they stage.

The exhibition ultimately offers to bring to light the parallel between the figure of the scientist, confronted with the need to represent his objects of study through laboratory experiments, and that of the photographer, seeking to make an image of the world, in all its dimensions, even the most imperceptible. Each of these singular works reminds us of the unfathomable mysteries contained in these sidereal immensities, and our perseverance in wanting to decipher them. The artistic creation joins there the scientific research, posing as a fundamental principle the freedom to seek, the desire to understand.

The exhibition was supported by Pro Helvetia, Swiss Arts Council and the Mondriaan Fund.

Friday, February 8, starting at 6pm
In the presence of the artists

Saturday, February 9, 5pm
In the presence of the artists

Wednesday, April 10, 2:30 pm
Notebook of a mad scientist, in partnership with Rn’Bi