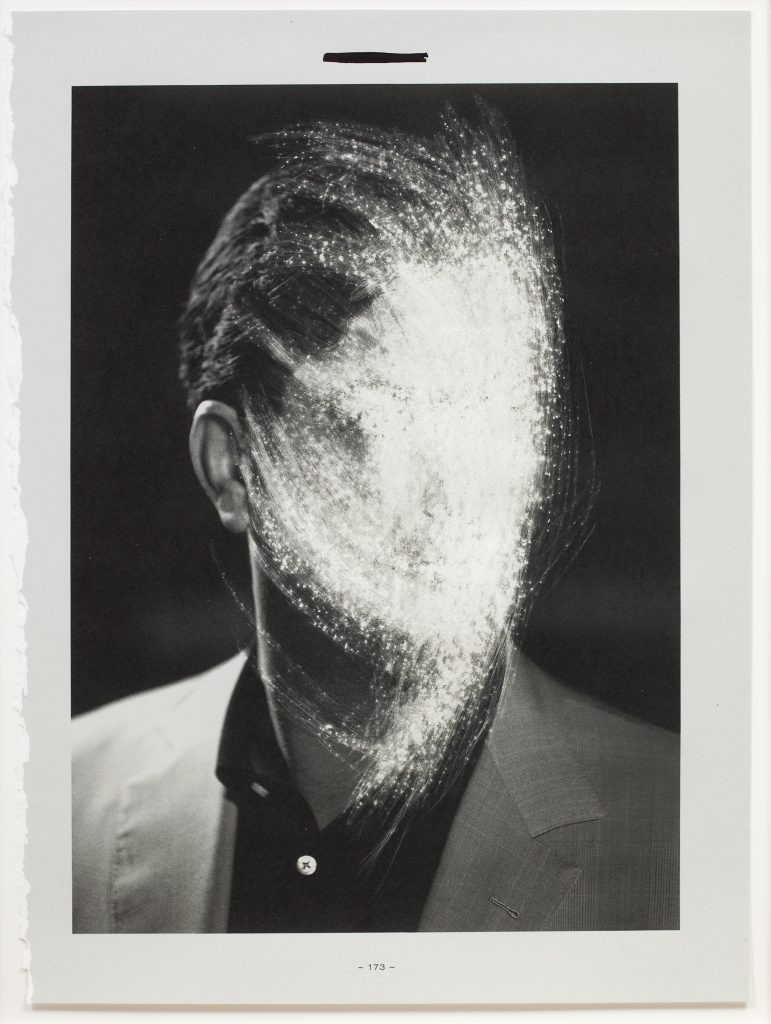 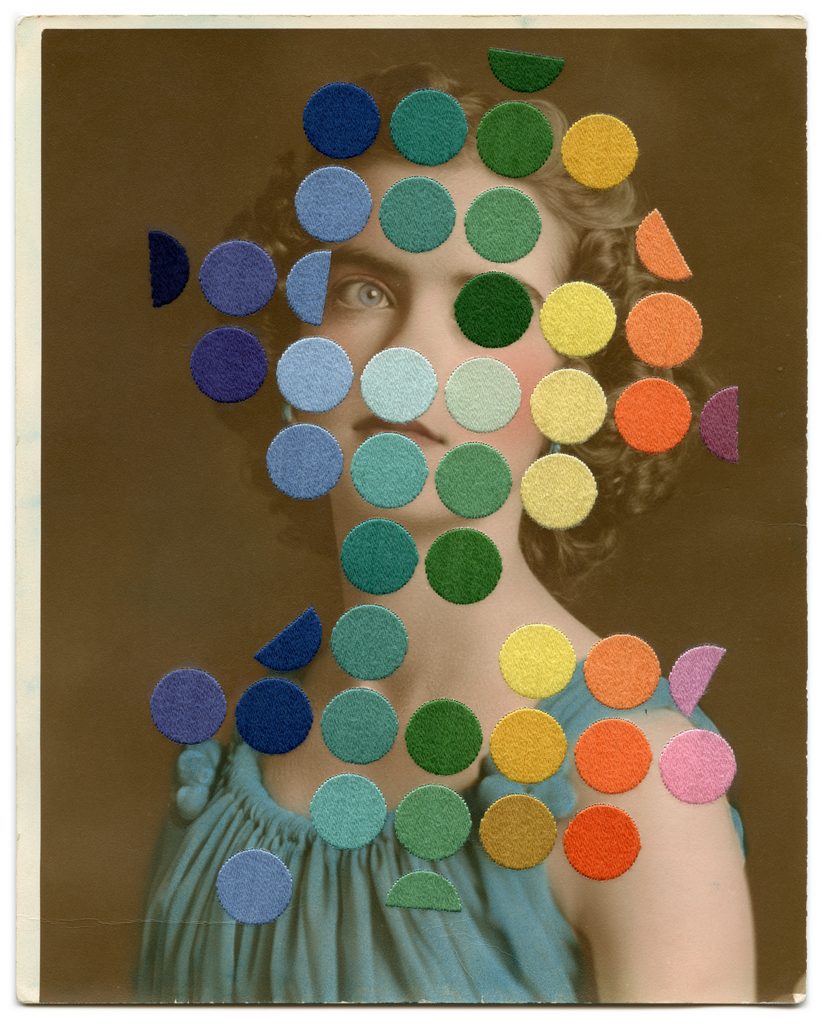 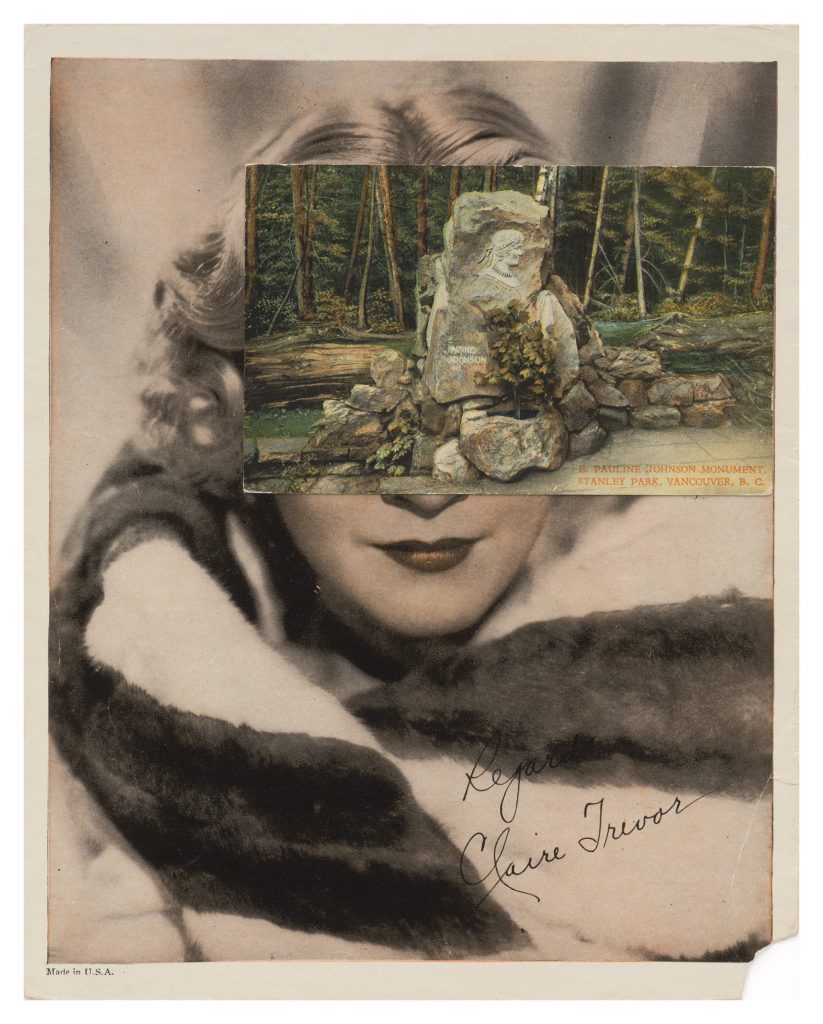 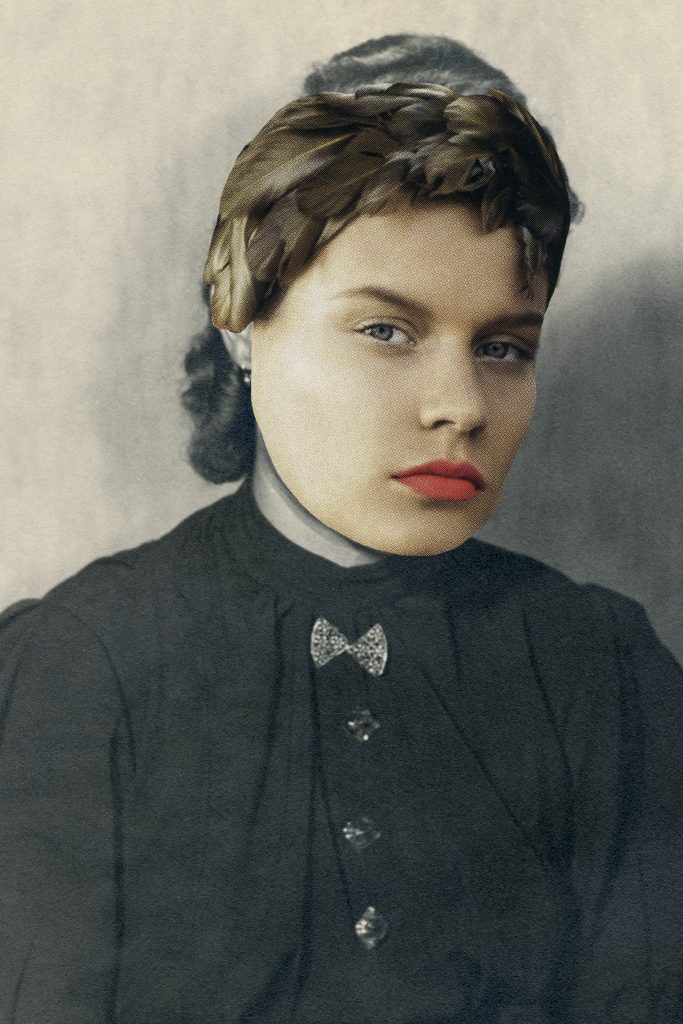 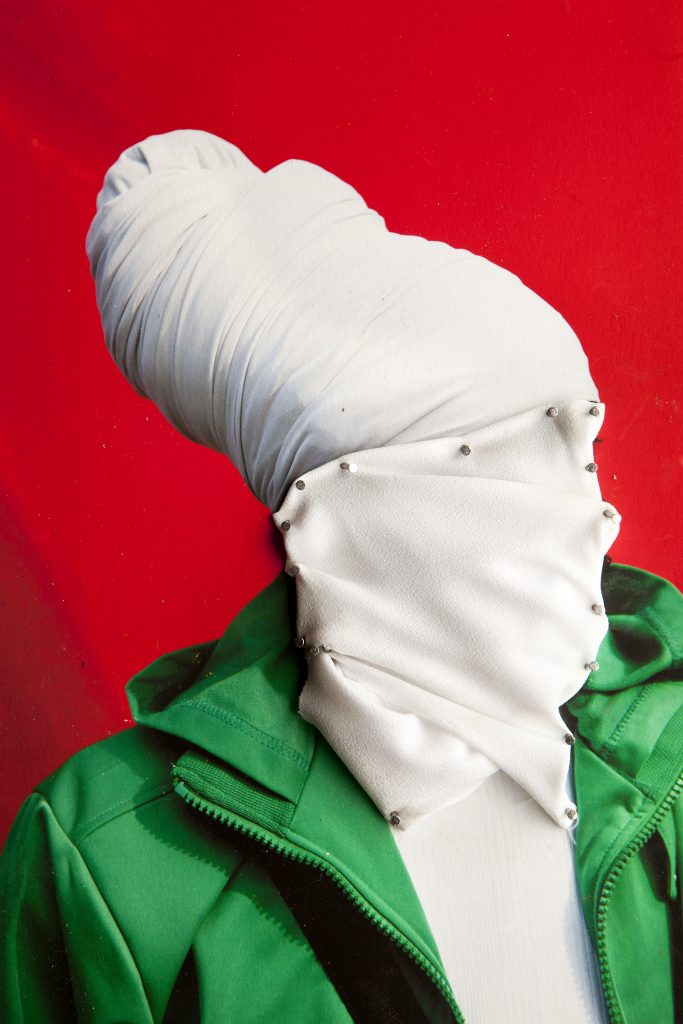 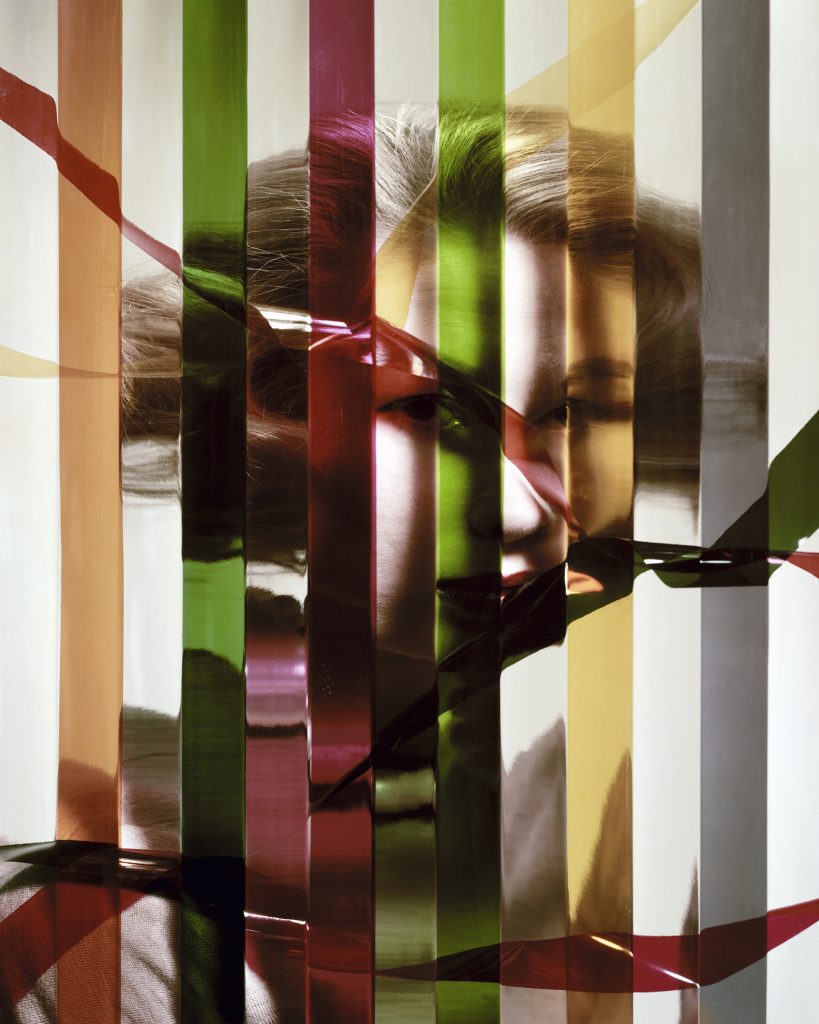 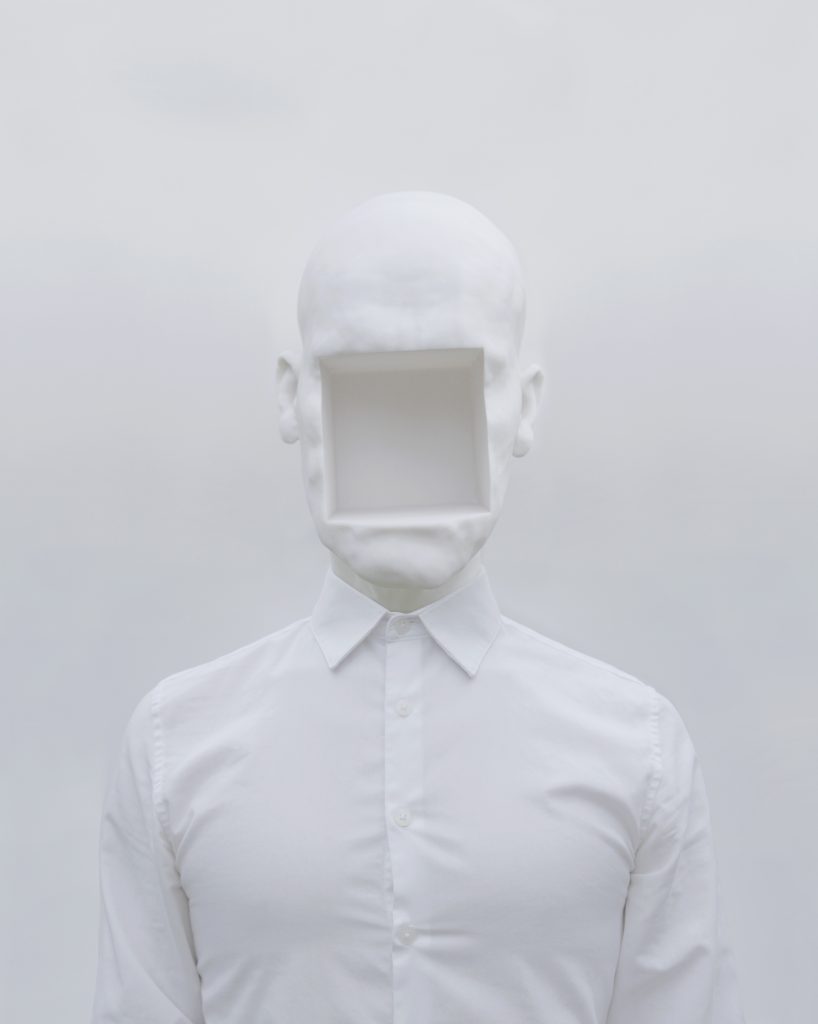 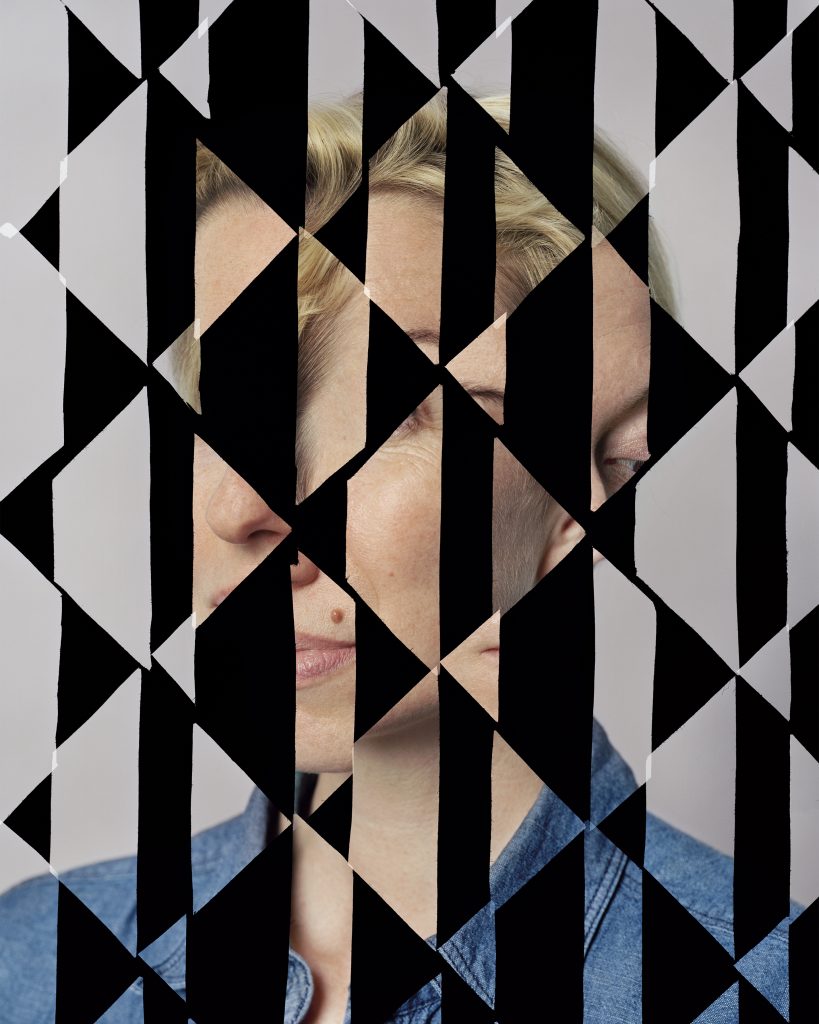 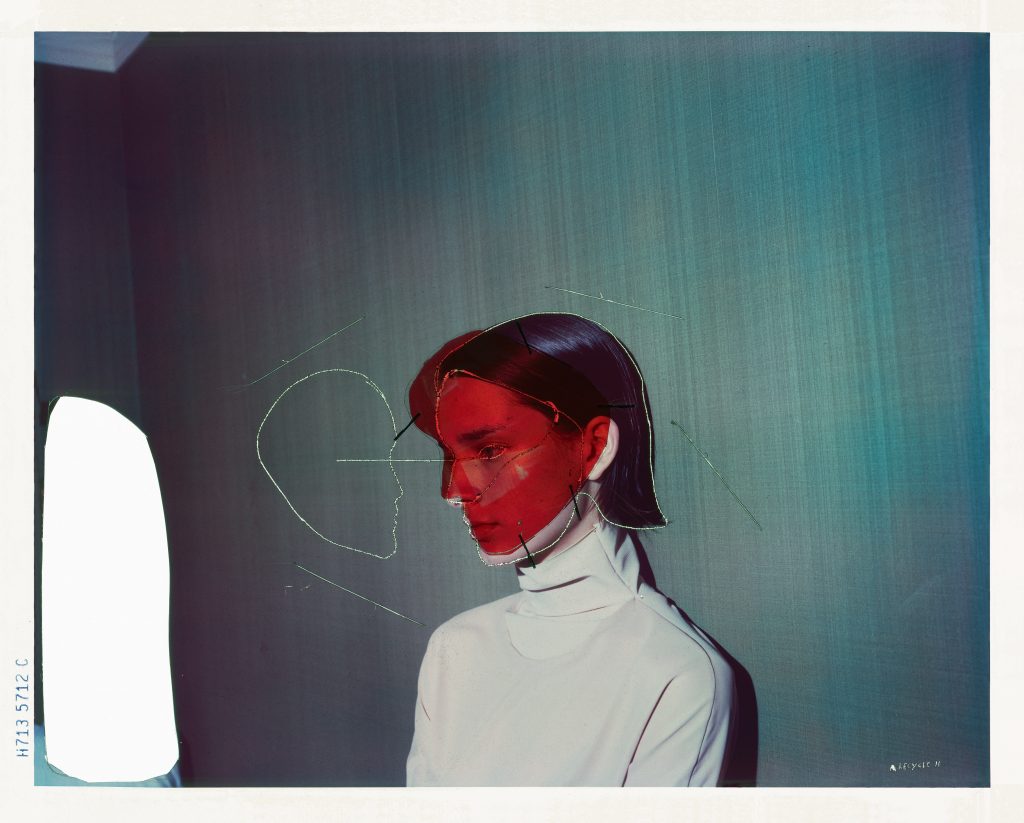 In the year 1500, Albrecht Dürer produced an oil on wood entitled Self-Portrait at Twenty-Eight. Widely discussed and analyzed, the work, among the German painter’s most famous, presents a young man, long curly hair untied, facing us, in bust form, with his hand positioned as a sign of grace. It is as Christ that Dürer makes his self-portrait, in a representation marked by humanist philosophy: if man was made in the image of God, and God cannot be represented, then every portrait of man contains, somewhere in the depths of the representation, something of the divine and its elusiveness.

To make the portrait of an interiority: the Greek mimesis, in its origins, already contained this paradox. It was a question, within the representation of recognizable forms, of giving to see the sacred character of the being, its hidden face, its interior form.

Thus the portrait would be this space where to seize the Other, beyond the face, beyond the skin, and beyond this other “skin” that embodies the surface of the canvas or the photograph.

If the question of otherness is thus constitutive of the genre of the portrait, how to treat here this vast subject? Deliberately partial and selective, the exhibition The Other Face proposes to approach the portrait as a place of otherness by sticking to a clearly circumscribed territory. And to delimit the contours, we start from that moment in history when artists undertook to undermine the integrity of photography and the printed image. The alteration to reveal the otherness.

This point of rupture, we situate it here at the First World War: whereas the machine, the car, the plane made enter the modern era, inducing a new relationship of the body and the senses to the world. While Sigmund Freud published his Introduction to Psychoanalysis. And finally, the mutilated soldiers return from the front, and society soon finds itself face to face with these children of war, the “Gueules Cassées” (broken heads).

From the “Gueules Cassées”… to Dada. Seizing the experiments carried out by the Cubists or Marcel Duchamp painting Yvonne and Madeleine shredded on the eve of the Great War, Dada completes the classical form and completes the practice of heterogeneous assembly, particularly through collage and photomontage. With Dada, the first cyborg of the twentieth century was born: Raoul Hausmann created his Mechanical Head in 1919. The face is composite, agglomerating in this new anatomical age telescopic cup, pipe tube, tape measure, watch wheel and print. His companion, Hannah Höch, assembles magazine pages, press clippings and photographs, focusing on the woman’s face. The image is then deconstructed and recomposed. With the scissors, Hannah Höch recreates archetypes of women, figures as symbolic as they are explicit, which evoke the female condition in the Weimar Republic and the aspirations of the “New Woman”.

It is no longer a question of capturing the identity of a specific subject, which should be made identifiable, but of seizing the portrait to embody a common body. The photographic portrait as it unfolds in this exhibition is no longer intended to express morphological resemblance or individuality. On the contrary, it is the place of creation of an archetype of the ordinary. From the historical figure of Erwin Blumenfeld to the very contemporary Hannah Whitaker, via John Stezaker or Julie Cockburn, the subject is almost always anonymous. The distance to the photographed is sometimes total: with Cockburn, Stezaker, Dicke, Piontek or Jung, the image is recycled, found in flea markets and re-appropriated by the artist who then becomes the interpreter of a raw material of which he is not the author. Photography, which was thought to be destined to reproduce “line for line”, has thus gradually emancipated itself from this constraint in order to bring out the formless, the uncertain, even the unspeakable. To make this depth appear on the surface of the image, it was necessary to blur the tranquility of its reflection. Engravings, notches, embroideries, abrasions, cuttings, attack it. Since times are no longer certain, the face often slips away. And it is precisely in this erasure of the features that another portrait surfaces, that of a fragmented, damaged, composite interiority. And the archetype then addresses each of us.

If this disappearance of the face as an indivisible entity is propagated by the creation of Dada cyborgs, it is totally consumed by Andy Warhol, Richard Hamilton, and other Pop Art figures. The face, a consumer good, is multiplied until its own exhaustion. Amie Dicke, John Stezaker, William Klein, Sabrina Jung, working with media images from magazines, the Internet or advertising, are part of this same reflection.
Finally, the Other face is also that of photography itself. Just as the face of the model dissolves in the multiple interventions it undergoes, the photograph, as a surface, sees its limits pushed back and its definition remodeled. To discover Jonny Briggs or Stéphanie Solinas translating the photographic into volume, (be it a paper mask, a 3D printed marble sculpture or a tapestry), is to notice the perpetual extension of the domain of photography. It is to see with our eyes, that today, always, it breathes with its time.

The exhibition The Other Face is supported by the Normandie Impressionniste Festival.

Participatory visit followed by a creative workshop,
the first Wednesday of each month, from 3 to 4:30 pm