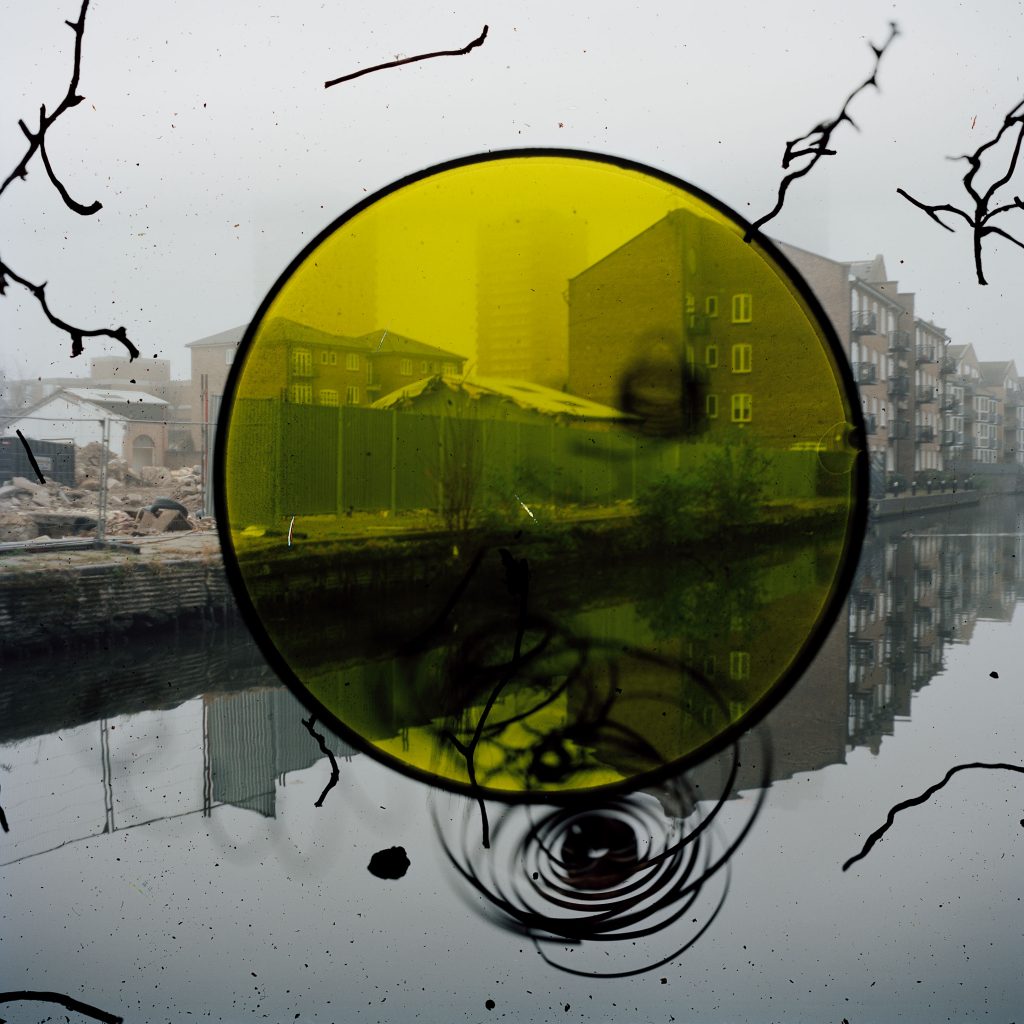 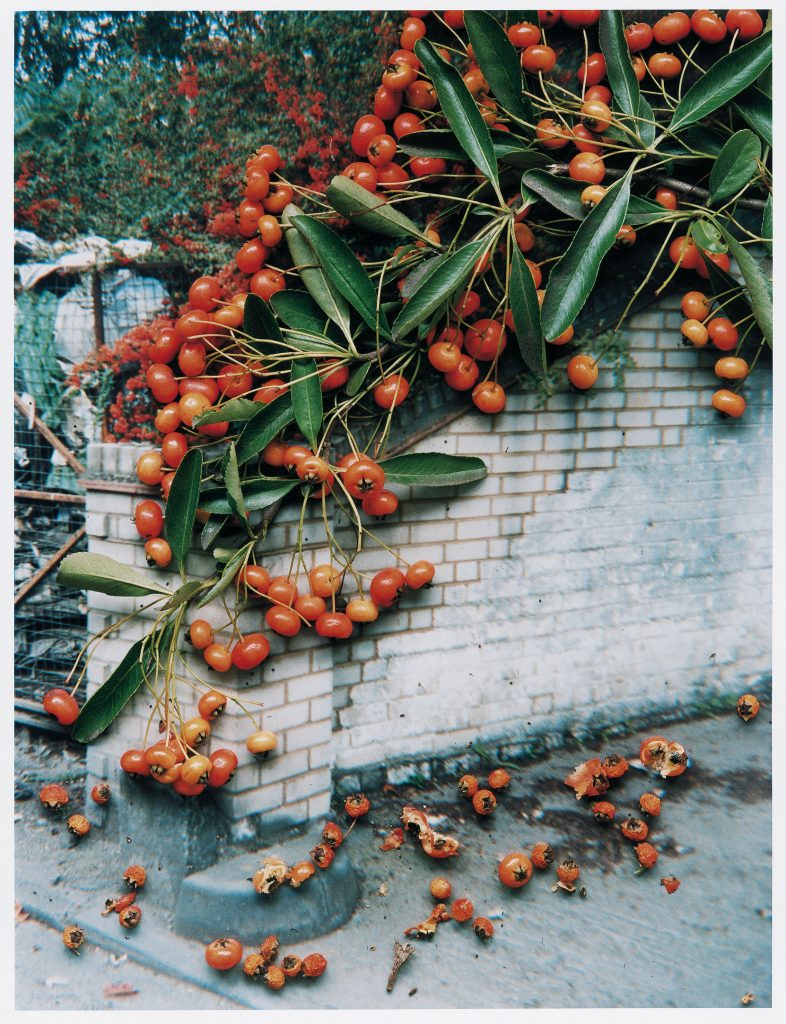 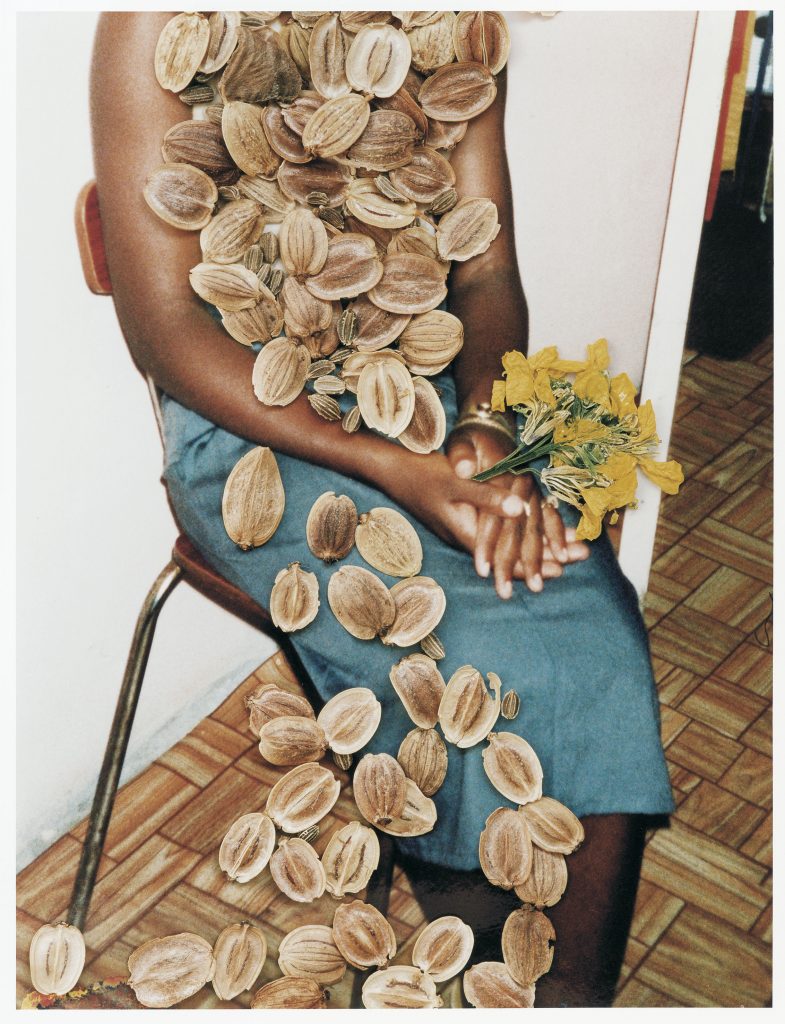 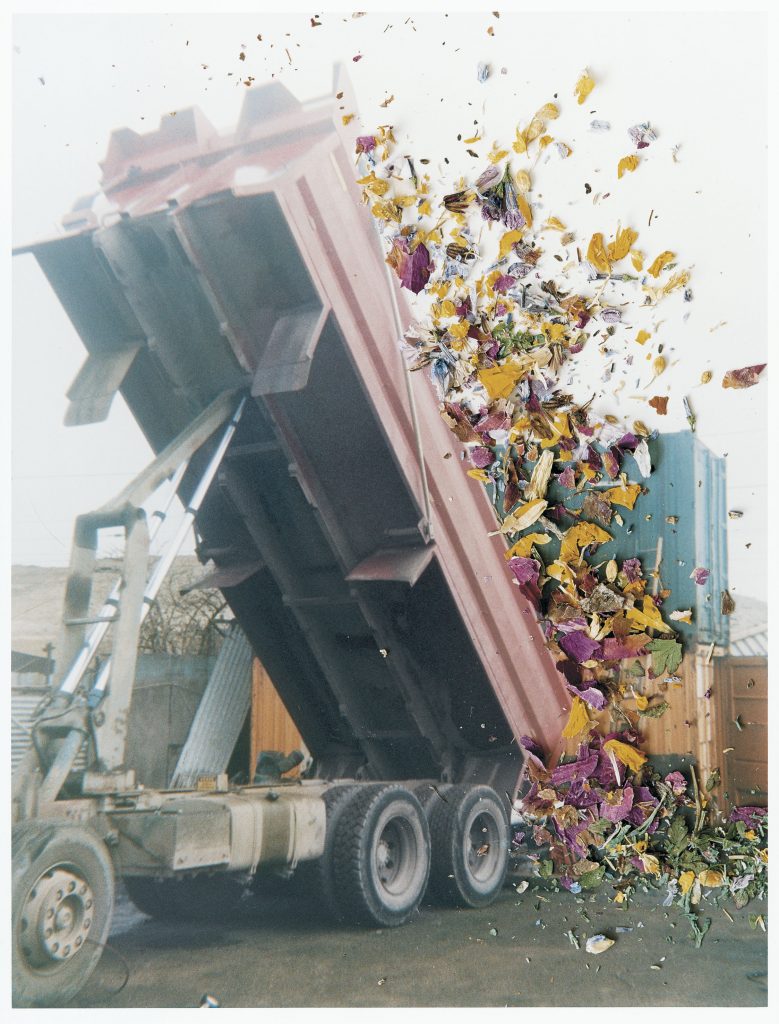 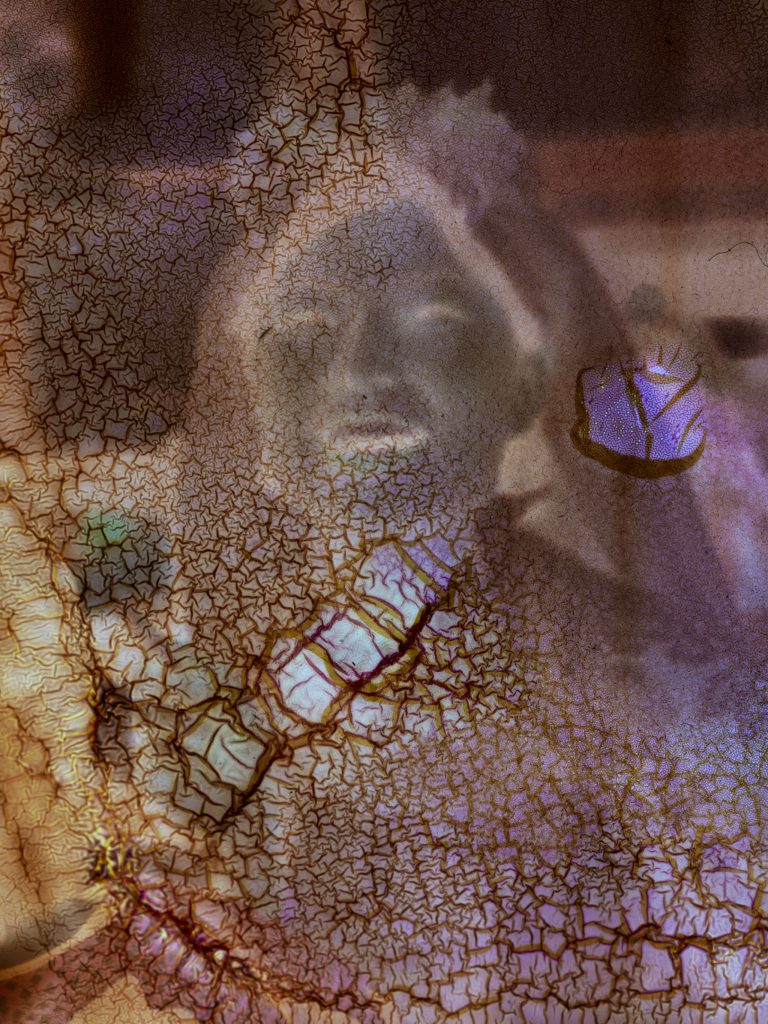 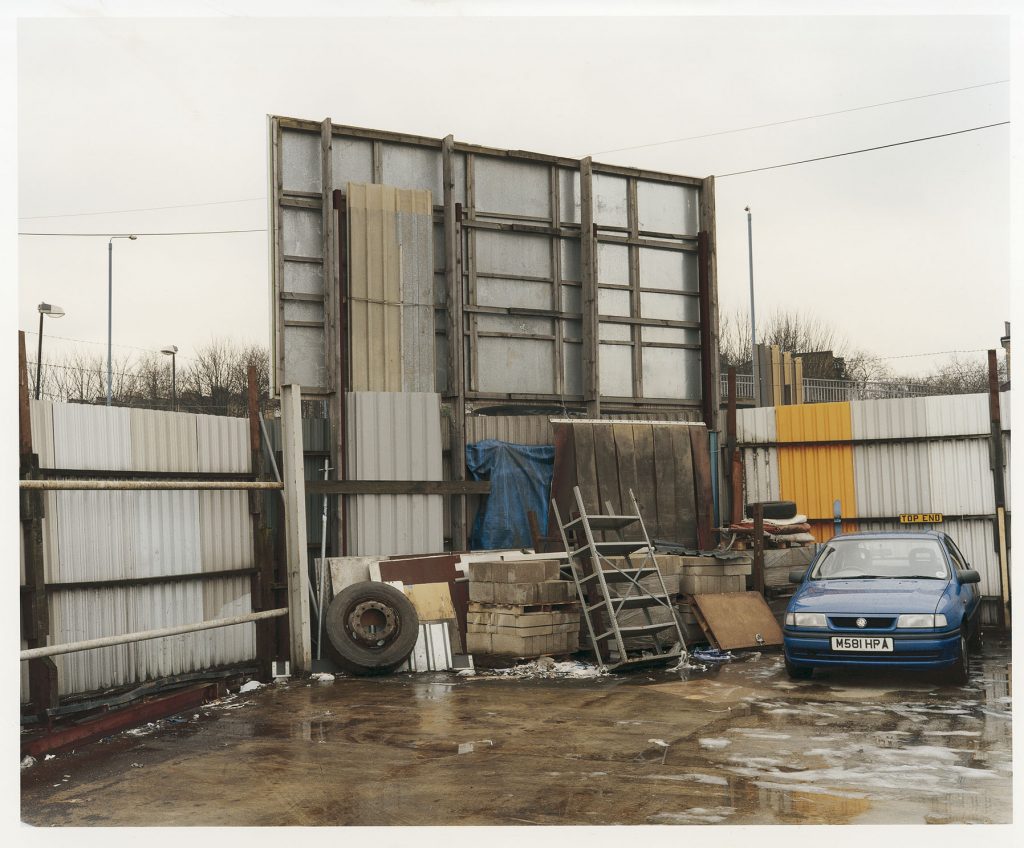 An English photographer who was spotted early on by his compatriot Martin Parr for his attentive look at the often neglected parts of our society, Stephen Gill (1971) has made work of his city, London.

Through a series of photographs often taken in parallel, he portrays not the megalopolis, but an urban fabric and its inhabitants. Here he is photographing London and its birds, the back of its billboards, the passers-by lost in its streets, the users of its trains. Then, he quickly restricted his field of action to his only neighborhood, Hackney, the center of a vast market feeding the underprivileged, and whose fate was sealed with the Olympic Games and its major construction sites. For nearly fifteen years, he walked its streets and wastelands.

It is on this territory, half city, half wasteland, that Stephen Gill realizes several photographic series which will make date. Whether it is Hackney Flowers, in which he affixes flowers collected during his walks to his images, or Talking to Ants, in which he immerses objects found nearby in the very lens of the camera, he pursues his quest to impregnate the place in the image. Through this photographic practice, sedimented objects are born, somewhere between a memory album and a herbarium. He has become an ant, attentive to what the landscape expresses through the least of its details.

Then come the more recent series such as Off Ground, where the photographer responds to the frenetic media treatment of the Hackney riots (2011) with a typological series, almost contemplative in the silence it exposes, focusing on the shapes and shades of gray of stones and other rubble used as projectiles and collected in the streets during the riots.
Let’s also mention Pigeons, a series in which, with a camera fixed to the end of a telescopic arm, he investigates the underside of bridges and other unsightly corners of our cities in order to portray pigeons in their environment and to reveal this infra-world they inhabit.
And finally Best Before End, which seems to complete a cycle for this urban explorer, exposing the intensity of life in the heart of the megalopolis by introducing into the development process of his prints those energy drinks that are now so widespread.

The exhibition LONDON CHRONICLES presents, for the first time in France, and after the extensive retrospective that the FOAM Museum (Amsterdam) recently devoted to him, a large selection of photographs by Stephen Gill from the series Billboards, Hackney Flowers, Talking to Ants, Off Ground, Hackney Kisses, Pigeons and Best Before End. Over the course of the images, taken between 2002 and 2013, a portrait of a city and its possible uses takes shape. And if the work testifies to a fidelity to film, no nostalgia here, it is because this medium is at one with the artist’s approach: to record the imprint of the place, as poetically as literally.

Friday, May 21, starting at 6:30 pm
In the presence of Stephen Gill